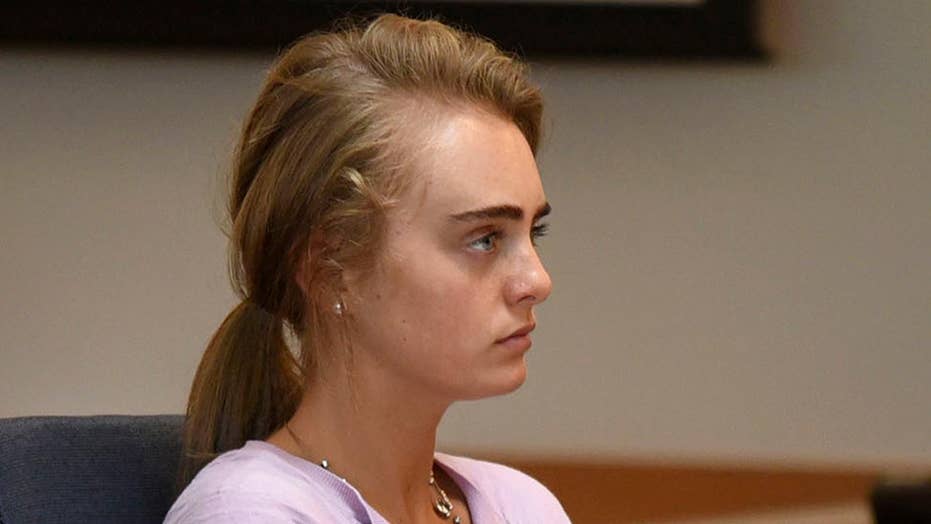 TAUNTON, Mass. – A young woman charged with sending her boyfriend text messages encouraging him to kill himself was a "very troubled youngster" who eventually went along with his plan to take his own life, a psychiatrist testified for the defense Monday.

Michelle Carter is charged with involuntary manslaughter in the 2014 suicide of 18-year-old Conrad Roy III.

Prosecutors say the then-17-year-old Carter pressured Roy to take his own life through a torrent of text messages. They say she told Roy to "get back in" his truck when he became frightened while trying to kill himself with carbon monoxide.

Carter's lawyer has argued that Roy had attempted suicide previously and made his own decision to take his life. He has also said that she initially tried to talk him out of it.

Breggin said Roy talked to Carter — a younger, emotionally troubled girl — about how he wanted to kill himself. He said Carter eventually endorsed Roy's wishes.

Breggin said he reviewed all the text messages and Facebook conversations between Carter and Roy. He said that beginning in 2012, Roy told Carter he wanted to kill himself and said there was nothing she could do to stop him.

"He goes on and on for hours and hours, and pages and pages," Breggin said of Roy's communications with Carter about killing himself at a time when Breggin says Carter is "a little girl" overwhelmed by her boyfriend's unceasing focus on suicide.

Carter, now 20, has pleaded not guilty.

Juvenile Court Judge Lawrence Moniz is presiding at the trial. Carter waived her right to a jury trial.

On Friday, Moniz rejected a defense request that he find Carter not guilty after prosecutors finished presenting their evidence.