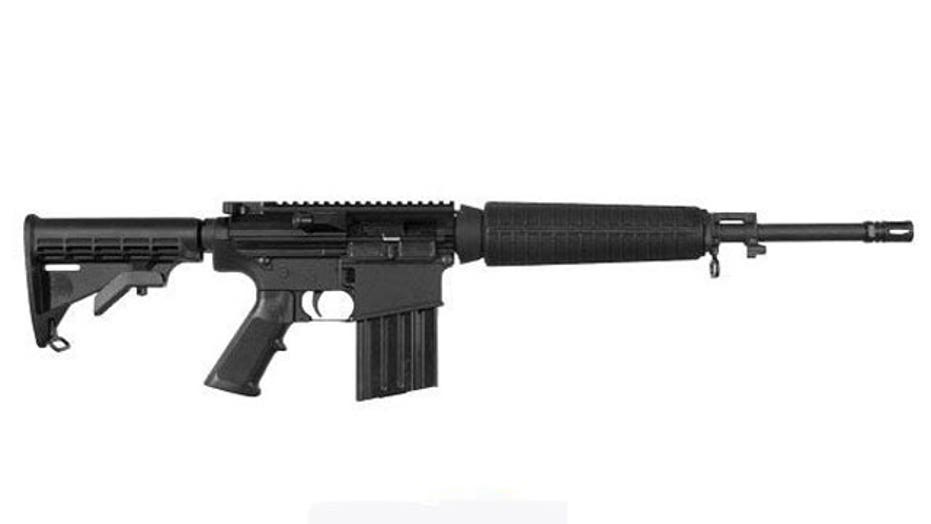 WASHINGTON – A D.C. man expecting a television to be delivered to his Northeast D.C. apartment instead received a brand new fully-assembled, ready-to-fire Sig Sauer assault rifle.

At first glance, you might think Seth Horvitz was being used. A lethal weapon shipped to his address, but meant for someone else? Someone who would get the box before he did?

But the documents inside the box told another story and it appears what happened here was an innocent yet astounding mistake.

Seth Horvitz knew there was something not quite right the minute he opened the door to his apartment. The box in the hallway didn't look big enough to hold the TV he had ordered.

Confused, Horvitz tried to catch the delivery man as he walked down the hall.

"I flagged him down," said Horvitz. "And I said, 'Is this the only box that came?' And he said, 'That's it' and he took off and that was it. So I brought it inside and discovered an assault rifle."

The paperwork inside said the Sig Sauer 308 with a price tag over $1,500 was supposed to be shipped to the Independence Gun Shop in Duncansville, Pennsylvania.

The seller was the Florida Gun Exchange in Ormond Beach.

There was even a document showing the seller was a federally registered firearms dealer.

"I just flipped out, I didn't know what ... how could that happen, you know?" Horvitz said. "It was absurd to think it could just be left out in the hallway first of all and this kind of mix up could happen."

After calling D.C. Police, the responding officers confiscated the weapon and confirmed it was illegal in the District of Columbia.

But the mystery remained. Why was it sent to Horvitz and is it even legal to ship a gun like this?

According to Daniel Vice with The Brady Center to Prevent Gun Violence, there are "Not many restrictions. You can't ship a handgun through the Postal Service, but you can ship it by any other common carrier. Rifles and shotguns, even assault rifles, can be shipped through just about anyone."

How did it end up in Washington, D.C.?

According to The Florida Gun Exchange, the rifle was shipped properly, according to law with the correct address on the box.

"Whoever made the mistake, it's pretty serious. I think it should be followed up," said Horvitz.

The Florida Gun Exchange says it's looking to UPS for answers.

So if The Florida Gun Exchange is correct, UPS has a box somewhere without a label, most certainly containing Horvitz's TV.

The initial purchase was made with a third party through Amazon.com.

A spokesman for UPS says it has been in touch with D.C. Police and is cooperating with an investigation.

A police report simply says the rifle has been confiscated for "safekeeping."