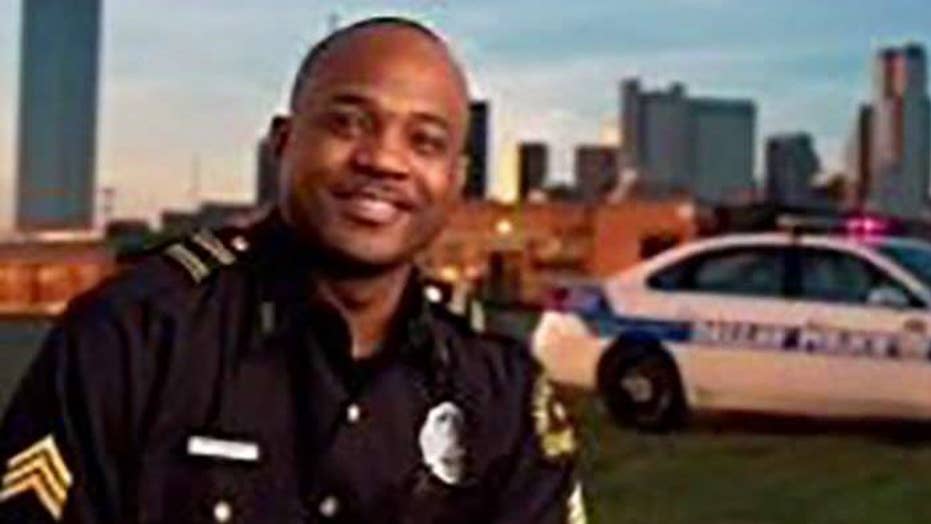 A Dallas Police sergeant filed a lawsuit on Friday against Black Lives Matter and its supporters, alleging the group is inciting a race war.

Sgt. Demetrick Pennie, a 17-year veteran of the force, is seeking between $500 million and $1.5 billion in the complaint filed in federal court, the Dallas Morning News reported.

“Defendants incite people to violence and cause violence by telling those people that they are under attack. Defendants are encouraging disaffected blacks, Black Muslims, Muslims and others allied with them including certain whites to ignore, disrespect, and assault law enforcement officials, and commit violence and lethal force,” the lawsuit states, according to the paper.

The lawsuit alleges the defendants "have repeatedly incited their supporters and others to engage in threats of and attacks to cause serious bodily injury or death upon police officers and other law enforcement persons of all races and ethnicities."

The lawsuit was filed hours before two Texas police officers were injured in a shooting while responding to a suicide call.

Pennie, who is black, is being represented by Larry Klayman, founder of the organization Freedom Watch.

“The defendants, if not legally reined in, are allegedly responsible, along with others, for igniting a race war that will ultimately totally destroy the freedoms that our Founding Fathers bequeathed to us,” Klayman said in a press release.