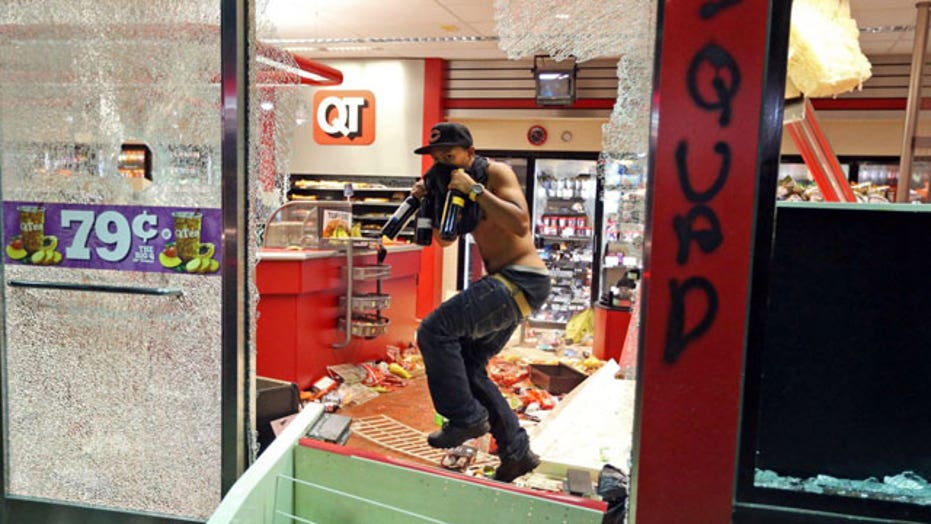 Ferguson businesses on edge ahead of grand jury decision

The father of the unarmed black teenager whose shooting death at the hands of a white police officer sparked violent protests in Ferguson, Missouri is urging citizens to remain peaceful ahead of a grand jury decision in the case.

Michael Brown Sr. said in a video posted to YouTube Thursday that although he is thankful the protesters are raising awareness about the issues of racial profiling and police intimidation, violence is not the answer.

“No matter what the grand jury decides, I do not want my son’s death to be in vain,” Brown said. “I want it to lead to incredible change, positive change. Change that makes the St. Louis region better for everyone.”

Authorities have said white police officer Darren Wilson shot Michael Brown Jr., who was unarmed, following some sort of physical confrontation that occurred after Wilson told Brown and a friend to stop walking down the center of a street.

Wilson told authorities that the shooting happened after Brown struggled with him for his gun, according to reports by the St. Louis Post-Dispatch and the New York Times that cited unnamed sources. But some witnesses have said Brown had his arms raised — as if to surrender — when the fatal shot was fired.

For weeks, local and state police have been preparing for a grand jury announcement in anticipation it could result in renewed protests. Earlier this week, Gov. Jay Nixon declared a state of emergency and activated the National Guard to help with security.

The 12-person St. Louis County grand jury is weighing whether to issue charges against Wilson for Brown’s death. A decision could come soon, though authorities have not publicized any specific date for an announcement.

Benjamin Crump, a lawyer for Brown's family, has described the investigation as an "emotional roller-coaster" for his clients. Even if Wilson is indicted, there's no guarantee of a conviction. And if he isn't charged, Crump said Thursday, "they get no chance of justice for their child."