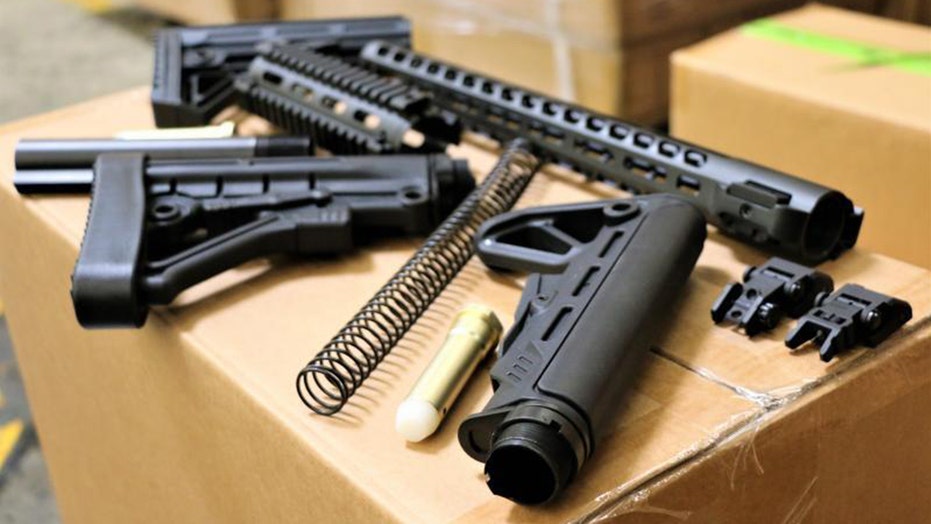 An embargo against shipping gun parts to the U.S. from China has led to a large seizure of those items by Customs agents.

The agents were working at the Los Angeles/Long Beach Seaport when they seized more than 52,000 sights, stocks, muzzles, brakes, buffer kits and grips from China, U.S. Customs and Border Protection announced Thursday.

The sights, stocks, muzzles, brakes, buffer kits,and grips seized in shipments from China had a combined domestic value of $378,225.00, according to Customs and Border Protection. (CPB)

"There was no attempt to hide the importation," he said.

The gun parts were correctly labeled and still had their original trademarks, he told the news outlet. And items were headed to a legitimate seller and distributor.

The U.S. restricts firearm imports from China as part of an arms embargo.