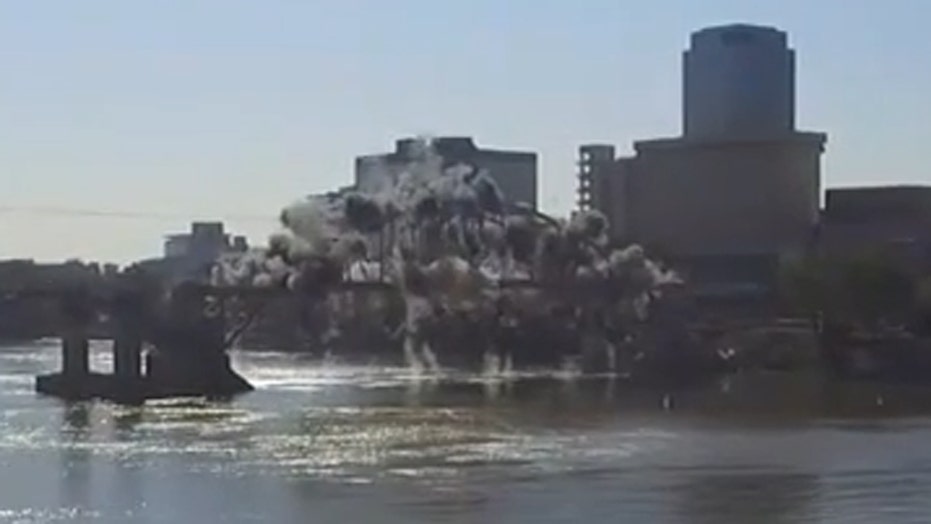 LITTLE ROCK, Ark. – It turns out a 93-year-old bridge deemed structurally deficient wasn't so weak after all.

Despite triggering explosives to bring down the Broadway Bridge between Little Rock and North Little Rock on Tuesday, a demolition crew needed five hours to fell the structure. Severing the steel arch and bridge deck should have taken about 30 seconds.

Arkansas highway department spokesman Danny Straessle says the blasts weakened the span, but parts of the bridge fell against themselves and none fell into the Arkansas River. Ultimately, crews attached a cable to the bridge and pulled it down.

Three other implosions are planned during a six-month project to bring down the old bridge and put up a new one.

Workers have until Wednesday to remove steel from the water so barge traffic can resume.