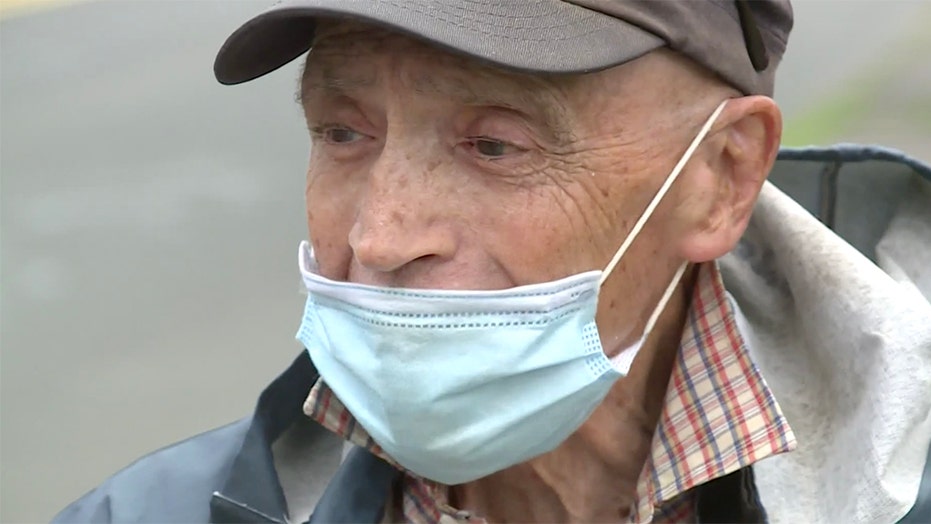 John Mastrocola, a 95-year-old World War II veteran, grabs his cane, a chair and an American flag every day at 8 a.m. and goes out to sit beside the sidewalk to wish his community a patriotic good morning, according to local reports.

“I am one of the very few World War II veterans left so before I leave I want them to remember John 'Never Surrender' Mastrocola,” the Torrington, Conn., resident told Hartford-based Fox 61.

He spends a couple of hours curbside every morning because he wants more people to respect both the flag and the country, the outlet reported.

“This is what I fought for,” he said. “And once you disrespect the flag, the country goes down the tubes.”

Mastrocola was in the Navy during World War II, according to the Connecticut Society of the Sons of the American Revolution, which honored him on July 2.

He’s become something of a fixture on the street outside his home, with passing drivers taking time to wave or honk their horns when they go by.

John Mastrocola, a 95-year-old World War II veteran, grabs his cane, a chair and an American flag every day at 8 a.m. and goes out to sit beside the sidewalk to wish his community a patriotic good morning. (Courtesy FOX61)

JOHNNY JOEY JONES HITS BACK AT CANCEL CULTURE, NATIONAL ANTHEM OBJECTIONS: STOP FOCUSING ON WHAT YOU CAN TEAR DOWN

However, he has cancer, and he weighs about 100 pounds – so he’ll keep doing it for as long as he can.

Mastrocola’s display comes as protests around the country have cropped up related to the flag's meaning and how athletes behave during the national anthem.

Many passing drivers wave or honk their horns when they go by.(Courtesy FOX61)

Professional athletes in a variety of sports – following the example of former NFL Colin Kaepernick, have taken to kneeling during “The Star Spangled Banner” before games to protest racism and police brutality.

And Kaepernick’s opposition to a Nike sneaker design that bore the 13-star, Betsy Ross flag to commemorate Independence Day led the clothing company to drop the item altogether last July.

He reached out to company officials to say that the Betsy Ross flag is offensive “because of its connection to an era of slavery,” the Wall Street Journal reported at the time.