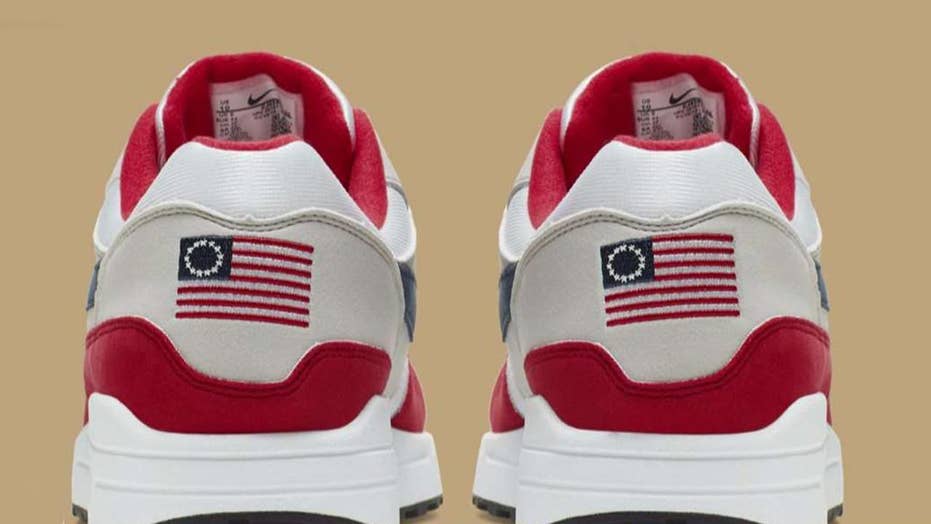 Kaepernick said the Betsy Ross flag was offensive and a symbol of racism.

Just don’t do it.

That was the message ex-NFL quarterback Colin Kaepernick delivered to Nike over the planned release of a USA-themed sneaker, which featured a Betsy Ross flag on the heel, according to a report.

Nike nixed the released of the Air Max 1 USA after having already sent the sneakers to retailers because the protesting quarterback said he felt the use of the Betsy Ross flag was offensive and carried slavery connotations, sources told The Wall Street Journal.

According to the Wall Street Journal, Nike nixed the released of the Air Max 1 USA after complaints from ex-NFL quarterback Colin Kaepernick.

"Nike has chosen not to release the Air Max 1 Quick Strike Fourth of July as it featured the old version of the American flag," a spokeswoman reportedly said.

In response, a Nike spokeswoman told the Journal: “Nike has chosen not to release the Air Max 1 Quick Strike Fourth of July as it featured the old version of the American flag.”

The sneaker originally was slated to be released on Monday, and posts hyping its release said it would cost $140.

Kaepernick, the former quarterback who famously kneeled during the National Anthem starting in 2016, was named as the face of Nike’s latest “Just Do It” campaign last year. After the announcement, Nike’s stock initially fell more than 3 percent, before online sales increased. 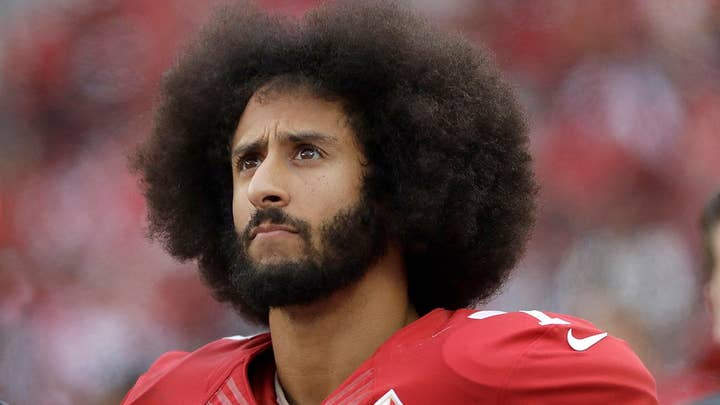 A report from Edison Trends said the company’s online sales grew 31 percent the week the campaign was launched. The surge was stronger than the 17 percent increase recorded last year during the same period, the report stated.