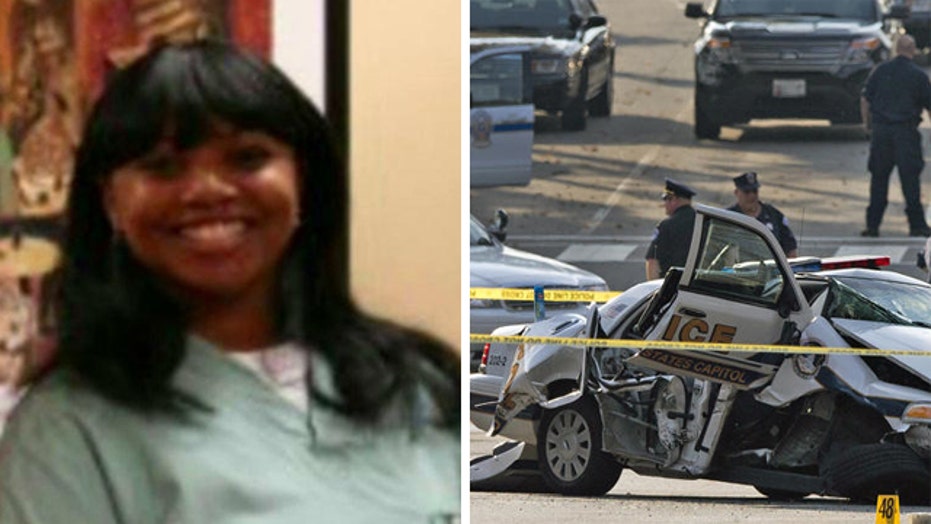 Suspect was shot after trying to ram car through security checkpoint

The suspect in the high-speed chase between the White House and the Capitol Building was identified Friday by a law enforcement source as a dental hygienist from Connecticut with a history of mental issues.

The source identified the woman as Miriam Carey, 34, of Stamford, Conn. Carey tried to plow her car into a barricade at the White House, then led cops on a high-speed chase before being shot dead near the Capitol, according to reports.

Sources tell Fox News that the FBI is currently investigating how long the suspect was in Washington, DC and why she had travelled there from Connecticut.

Leslie Silva, a Stamford lawyer who has represented Carey, said she was unaware of any connection or reason why Carey would have been in Washington.

“Oh my goodness, I represented her,” Silva said to when reached by phone.  “She was a really nice woman, we had [our] children at about the same time, we had pleasant conversation.”

Silva added that she represented Carey when she bought her Stamford condo and again more recently in a dispute over a small amount of money with the development that was settled in February, the last time she communicated with the suspect.

“I had nothing but pleasant conversations with her when I represented her and I’m just really really shocked,” she said.

A harrowing car chase unfolded Thursday after the driver rammed the barricades, briefly shuttering the chambers where federal lawmakers were debating how to end a government shutdown and stirred fresh panic in a city where a gunman two weeks ago killed 12 people.

Police said there appeared to be no direct link to terrorism, and there was no indication the woman was even armed. Capitol Police Chief Kim Dine, whose officers have been working without pay as a result of the shutdown, called it an "isolated, singular matter."

Still, tourists, congressional staff and even some senators watched anxiously as a caravan of law enforcement vehicles chased a black Infiniti with Connecticut license plates down Constitution Avenue outside the Capitol and as officers with high-powered firearms canvassed the area.

The House and Senate both abruptly suspended business, a lawmaker's speech cut off in mid-sentence, as the Capitol Police broadcast a message over its emergency radio system telling people to stay in place and move away from the windows.

The woman's car at one point had been surrounded by police cars and she managed to escape, careening around a traffic circle and past the north side of the Capitol. Video shot by a TV cameraman showed police pointing firearms at her car before she rammed a Secret Service vehicle and continued driving. Metropolitan Police Chief Cathy Lanier said police shot and killed her a block northeast of the historic building.

Idella Carey said her daughter had "no history of violence" and she didn't know why she was in Washington, D.C., on Thursday. She said she thought Carey was taking Erica to a doctor's appointment in Connecticut. Authorities also discovered an unidentified white powder at her Connecticut home.