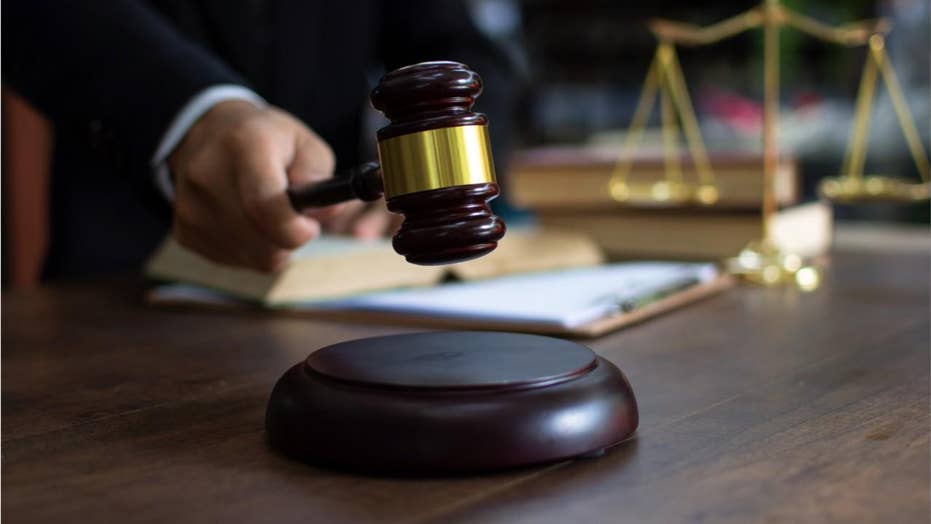 James Younger, the Texas child at the center of a transgender custody battle, reportedly went to school and church dressed as boy.

Three female high school athletes in Connecticut, along with their families, filed a federal lawsuit Wednesday to prevent transgender athletes from competing in girls track and field meets, arguing that biologically male athletes have a physical advantage.

“Our dream is not to come in second or third place, but to win, fair and square,” Mitchell said. “All we’re asking for is a fair chance.”

The three are arguing that competing against biologically male athletes has denied them the chance to win medals and achieve scholarship opportunities.

Alliance Defending Freedom, an American conservative Christian nonprofit, is representing the girls in the federal lawsuit, months after initially filing a related Title IX complaint with the U.S. Department of Education. It remains under investigation by the DOE's Office for Civil Rights.

“Girls deserve to compete on a level playing field. Forcing them to compete against boys isn’t fair, shatters their dreams, and destroys their athletic opportunities,” Alliance Defending Freedom attorney Christiana Holcomb said in a statement. “Having separate boys’ and girls’ sports has always been based on biological differences, not what people believe about their gender, because those differences matter for fair competition. And forcing girls to be spectators in their own sports is completely at odds with Title IX, a federal law designed to create equal opportunities for women in education and athletics.”

The most recent lawsuit filed in the U.S. District Court in Connecticut Wednesday argues that a new policy under the Connecticut Association of Schools and Connecticut Interscholastic Athletic Conference, which allows high school athletes in competitions that align with their gender identify, poses a concrete threat to Title IX’s protections against sex-based discrimination.

“Inescapable biological facts of the human species [are] not stereotypes, ‘social constructs,’ or relics of past discrimination,” it says.

“In track-and-field events that do not use equipment, the physiological differences between males and females after puberty are stark in the record books,” the complaint adds. “No one doubts that top male and female high school athletes are equally committed to excelling in their sport, and train equally hard. Yet boys and men consistently run faster and jump higher and farther than girls and women.”

All three plaintiffs have competed with, and almost always placed behind, two transgender sprinters, Terry Miller and Andraya Yearwood. Mitchell finished third in the 2019 state championship in the girls 55-meter indoor track competition behind Miller and Yearwood. The two Connecticut high school seniors, who were born biologically male but identify as female, have won 15 girls state indoor or outdoor championship races combined since 2017, the lawsuit said.

“I have faced discrimination in every aspect of my life and I no longer want to remain silent,” Miller said. “I am a girl and I am a runner. I participate in athletics just like my peers to excel, find community, and meaning in my life. It is both unfair and painful that my victories have to be attacked and my hard work ignored.”

Yearwood said she also has been hurt by the efforts to “tear down my successes.”

The American Civil Liberties Union sought to intervene on Miller and Yearwood’s behalf, writing on Twitter that “this lawsuit is clearly about trans students, yet those students have no voice in the lawsuit. This is wrong. We at the ACLU will be seeking to intervene in this lawsuit as a new party, to give trans students a voice.”

The Connecticut Association of Schools and Connecticut Interscholastic Athletic Conference, as well as the boards of education in Bloomfield, Cromwell, Glastonbury, Canton and Danbury are named as defendants in the case.