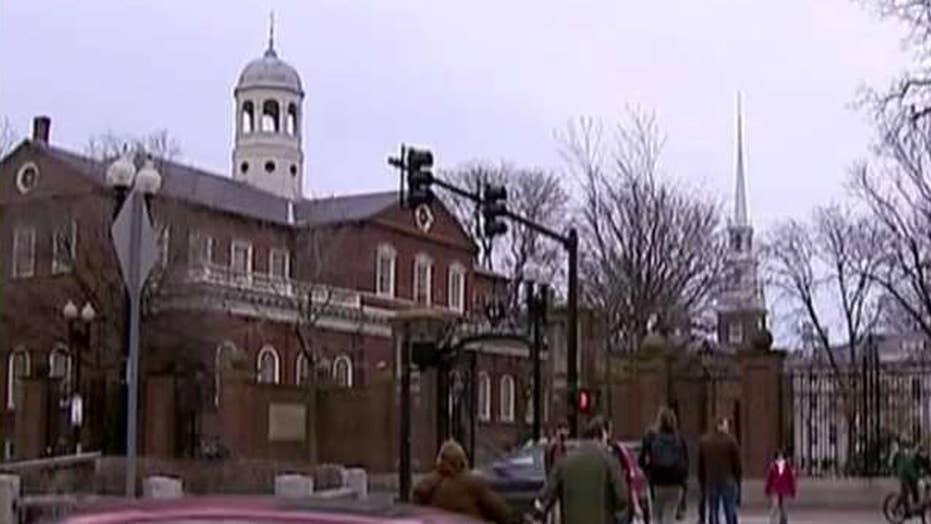 Universities made more in taxes than tuition

Columbia University Law School can't prevent the U.S. military from recruiting on campus, but it's welcoming them with “vociferous objection” because of President Trump’s transgender ban, the school's dean wrote in a blistering missive to students.

In a letter sent Thursday – and viewed by Fox News – the school’s dean, Gillian Lester, said Trump's decision to bar members of the transgender community from serving in the armed forces “conflicts directly with our nondiscrimination policy and with our values as an institution.”

The letter was sent to address the fact that members of the Judge Advocate General Corps, the legal branch of the military, would be holding information sessions starting Friday.

"Columbia Law School and Columbia University have a long and proud history of supporting members of the military, veterans, and their families," a spokesperson told Fox News. "The Law School believes that any American who wishes to serve in the military should be allowed to do so."

The spokesperson said Lester wrote to the students in anticipation of questions that might be asked ahead of the sessions.

Lester, who used to be a dean at University of California, Berkeley, wrote that, in an effort to “ameliorate the effects of discriminatory military recruiting practices,” the school would support students attending LGBT college fairs and other programming concerning LGBT issues.

“Fortunately, we can draw upon our leadership in scholarship and advocacy," Lester wrote in the letter.

Colleges across the U.S. are prohibited from preventing the ROTC or military recruitment on campus -- or they risk losing federal funds, under the 1996 Solomon Amendment.

The Vermont Law School and William Mitchell College of Law previously declined to allow military recruiting on campus in the past due to the military’s “Don’t Ask, Don’t Tell” policy. Neither institution received a large amount of federal funding compared to other large research universities.

When the policy was repealed in 2011, both schools removed their bans on campus military recruitment.

According to Open the Books, a non-profit group whose stated mission is to capture and post online all disclosed spending at every level of government, Ivy Leagues have received $41 billion from fiscal year 2010 to fiscal year 2015 in taxpayer money.

Law students at Columbia, which claims to champion diversity and free speech, also received an email this week saying if they volunteered for the Columbia Human Rights Law Review’s Trump Human Rights Tracker, they would receive pro bono credit for graduation.

According to its website, the so-called tracker was launched to regularly “keep track of Trump’s actions and their impacts on human rights.”

“It summarizes the action taken by the President, identifies the human rights implications, provides links to sources where readers can find more detailed analysis,” according to the website.

The email does not mention if students will be awarded pro bono credits for joining other campus projects.

"Work by students on the human rights tracker meets our guidelines for pro bono credit," the spokesperson said. "It is just one of many activities that allow students to fulfill the Law School’s requirement that they complete 40 hours of qualifying pro bono service in order to earn their law degree."

According to its website, the tracker has identified at least 30 instances in which Trump allegedly impacted human rights. The most recent includes the president's proposal to end the Obama-era Deferred Action for Childhood Arrivals program.