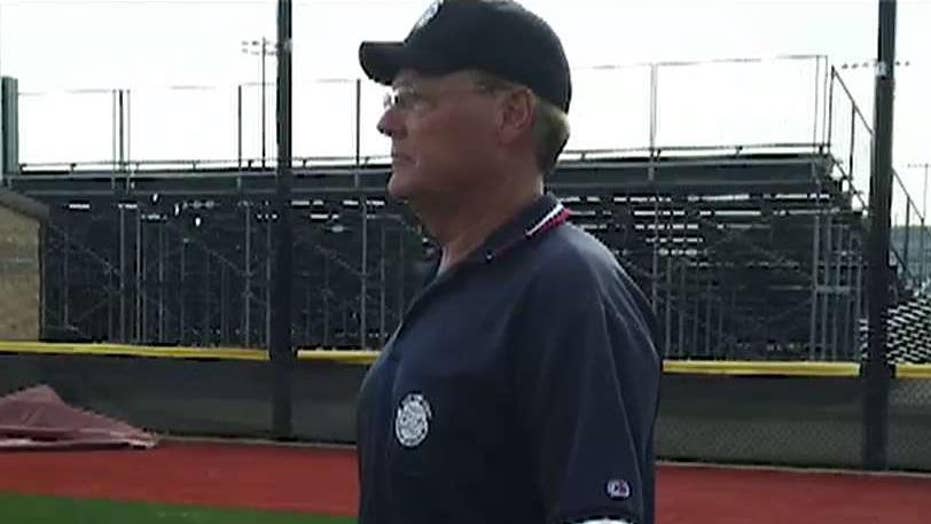 Schools and youth sports leagues across the country are struggling to retain coaches, umpires and referees due to aggressive parents on the sidelines.

Earlier this summer, a brawl involving a dozen parents and coaches erupted at a kids baseball game in Jefferson Country, Colo., when parents were unhappy with a call made by a 13-year-old umpire.

The young umpire, Josh Cordova, had to remove himself and the 7-year-old players from the fight and to the outfield for safety, as the melee kept escalating.

The first call reporting the June 15 fight came into the Lakewood Police at approximately 11:50 a.m. from an on-scene witness attending the game at the Westgate Elementary School baseball fields.

The video of the brawl went viral on social media after police shared it on Facebook looking for suspects. Lakewood police later reported in an updated post, “All twelve individuals involved, 11 adults and a 16-year-old juvenile, have all been given citations for Disorderly Conduct and will be required to appear in Lakewood Municipal Court.”

Disrespect and even attacks against officials on the field are only getting worse across the board, Barry Mano, president of the National Association of Sports Officials (NASO), told Fox News.

“Not a week goes by that we do not field a call in our offices from one of our members or even a non-member sometimes having to do with assaultive behavior,” he said.

According to Mano, 13 percent of officials were assaulted and 47 percent feared for their safety. Another 57 percent had to break up a fight between players and 64 percent had to expel a spectator for unsportsmanlike conduct.

The shocking statistics came to light in a 2017 NASO survey in which more than 17,000 sports officials took part.

The NASO survey also shows that 36 percent of officials find sportsmanship at its worst at the youth competitive level. And 39 percent believe parents are the root cause of bad sportsmanship.

As for 13-year-old umpire Josh Cordova, he and his parents were invited to the 7th Annual National Summit Conference where he was honored for his maturity and actions during the baseball brawl. He received a standing ovation.

“They’re trying to make sure that the game is played by the rules while emphasizing fairness and safety and doing so in a manner that enhances the stature of sports officiating,” said Mano, noting the importance of umpires’ game duties.

“We’re living in a culture that doesn’t accept hearing the word ‘no’ from somebody in authority. That’s problematic in sports and certainly in youth sports,” he continued.

Bob Player, a high school umpire for 34 years in Long Island, N.Y., also fears sportsmanship has worsened over the past several years. Player shared with Fox News that beer cans have been thrown at him and other umpires. He also has had parents berate him post-game while he was changing his clothes.

According to Player, the number of sports officials in Nassau County, Long Island, has decreased dramatically, from over 330 members to 156.

He said retaining and recruiting officials is difficult because officials “don’t want to deal with the garbage that goes on in the field.”

Fewer sports officials means less coverage and more canceled games. “The kids are ultimately the ones that suffer the most,” said Player.

Player said he expects to deal with bad sportsmanship each time he steps onto the field. Of Long Island officials who resign, Player said they ofthen tell him they “can’t take it anymore” and “it’s just not worth it.”

Despite harassment and threats, Player said he will never give up his dream job.