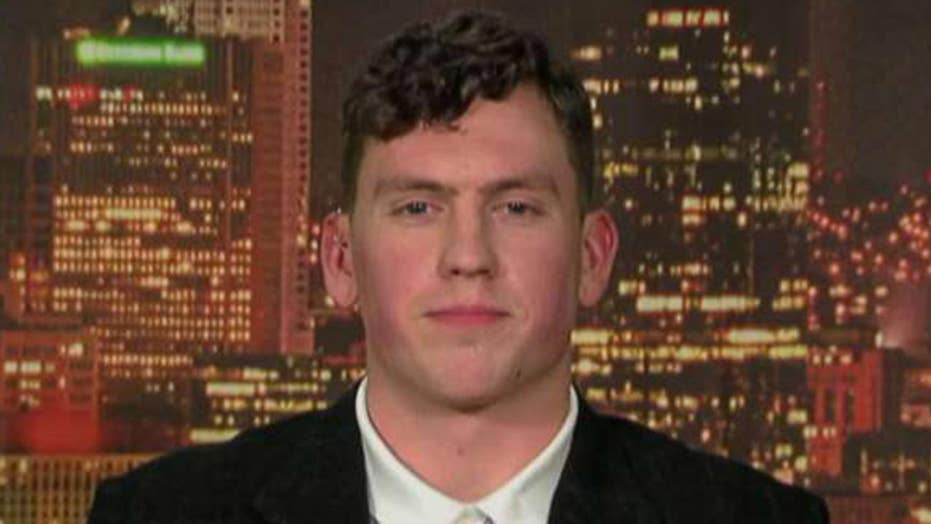 Student ejected for telling prof there are only 2 genders

Religious studies major barred from Christianity class at Indiana University of Pennsylvania for saying there are only two genders. #Tucker

Lake Ingle, a religious studies major at Indiana University of Pennsylvania, was kicked out of Christianity class earlier this month for saying there are only two genders. He is now allowed back in.

Ingle told Fox News he was booted out of Downie’s classroom for challenging the feminist theology professor on the biology of males and females and the gender wage gap during a Feb. 28 lecture in which she allegedly asked only women to speak following a TED Talk by transgender ex-pastor Paula Stone Williams. Williams discussed the “reality” of “mansplaining,” “sexism from men,” and “male privilege.”

Downie kicked him out of class and asked him not to come back, which would have postponed his graduation if not for the college president’s decision.

Driscoll said he is “disappointed” in how the university handled the situation, adding it had “fallen short” of devotion to the First Amendment.

Ingle considers the end to his 18-day exile a victory.

“I’m happy I can get back to class and graduate on time,” Ingle told Fox News. “I was surprised the president stepped in before the ruling but glad he made the right choice.”

Ingle was supposed to receive a ruling from the Academic Integrity Board Monday on whether he would still be barred from Downie’s upper level “Christianity 481: Self, Sin, and Salvation” class, but Driscoll said he paused the formal process indefinitely without any consideration from AIB’s ruling.

Driscoll notified the IUP community that specialized faculty members – including Assistant to the President for Social Equity Dr. Pablo Mendoza – will be facilitating Ingle’s return to class, but “if these steps do not yield positive results, I reserve the option to restart the university’s formal processes.”

The IUP president also took the opportunity to address another issue on campus – how one student group, Turning Point USA at Indiana University of Pennsylvania, was attacked for inviting a conservative speaker to the campus.

“In a free society, people with opinions you don’t like are allowed to exist, are allowed to speak, and can call you names,” he said. “People are even allowed to write essays that use violent metaphors to describe their feelings about a challenging situation without fear of punishment.”

Driscoll hopes both issues can be resolved, in what he calls, the “IUP Way.”

“I am hopeful that what we all learn in the weeks ahead will inform a thorough review and revision of the underlying university policies to make sure that we are meeting our educational mission in the IUP Way, while complying with the law of the land,” he said.

Ingle is now set to graduate and hopes to one day become a professor.

“When you see that kind of misuse of intellectual power, you want to be the person that comes back and does it responsibly and with morals,” Ingle said. “Instead of being the purveyor of your ideology, you can be an educator.”