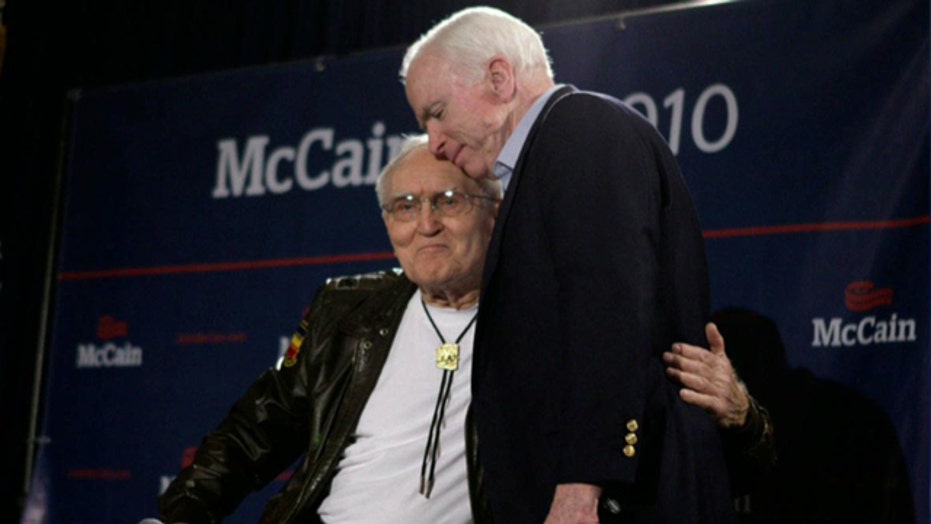 Medal of Honor recipient dies. He was 88

MIAMI – Retired Col. George "Bud" Day, a Medal of Honor recipient who spent 5½ years as a POW in Vietnam and was Arizona Sen. John McCain's cellmate, has died. He was 88.

Doris Day said Sunday that her husband died Saturday at his home in Fort Walton Beach after a long illness.

Day was one of the nation's most highly decorated servicemen since Gen. Douglas MacArthur. He later became a tireless advocate for veterans' rights.

Day received the Medal of Honor for escaping his captors for 10 days after the aircraft he was piloting was shot down over North Vietnam. In all, he earned more than 70 medals during service in World War II, Korea and Vietnam.

Doris Day said her husband will be buried at Barancas National Cemetery in Pensacola.