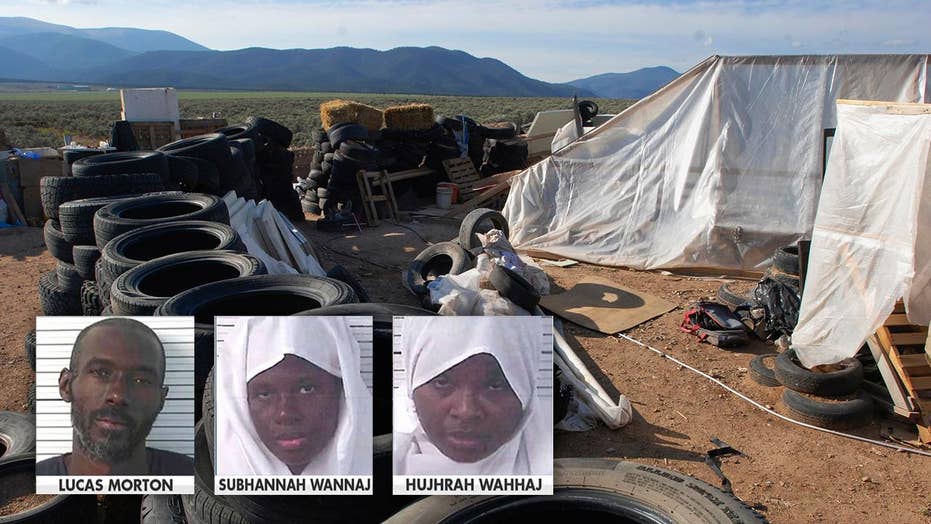 The children rescued from the “extremist Muslim” compound in New Mexico will remain in foster care even though three of the parents arrested in the case had charges of child neglect dismissed on Wednesday.

Lucas Morton, Subhannah Wahhaj and Hujrah Wahhaj were released Wednesday after prosecutors missed a case deadline and a judge dismissed all of the charges against them.

District Judge Emilio Chavez on Wednesday ruled that authorities violated the state’s “10-day rule” that limits the days for an evidentiary hearing to establish probable cause.

However, despite the three defendants being released from custody, their five children will remain in foster care while health and trauma assessments are carried out, a spokesman for the State Children, Youth and Families Department said Thursday.

It was unclear whether the released parents have visitation rights.

The judge also dismissed the child abuse charges against Siraj Ibn Wahhaj and Jany Leveille, however, charges in connection to the death of a missing 3-year-old boy whose remains were discovered at the compound remained. The couple pleaded not guilty Wednesday.

After the charges were dismissed Wednesday state politicians expressed alarm. Allegations of anti-government plotting, jihad and martyrdom at the compound stocked with guns — drawn in part from FBI interviews with children — has done little to persuade judges of any immediate threat to public safety.

U.S. Rep. Michelle Lujan Grisham, the Democratic candidate for governor, called the dismissal of neglect charges "inexcusable" and said she was "appalled at the failure to hold these defendants accountable." Republican gubernatorial hopeful Steve Pearce called for the resignation of local district attorney, who is a Democrat.

Taos-based District Attorney Donald Gallegos said Thursday that he intends to refile charges against the three or take the case to a grand jury.

Fox News' Matt Richardson and the Associated Press contributed to this report.