Chicago police are still searching for the gunman who shot and critically injured an off-duty officer Wednesday morning and are now offering a $10,000 reward for information on the suspect.

Wednesday night, Chicago police spokesperson Anthony Guglielmi tweeted a photo of the dark, four-door Toyota Camry with tinted windows the shooter was reportedly driving. He said detectives were "working to trace its path of travel" using cameras around the city.

Police won't release the name of the 25-year-old injured officer but say he was driving past an elementary school on the city's South Side at 1:38 a.m. when the suspect fired about 20 shots, striking him in the head at least once. The officer was with a woman at the time, but she was unhurt. 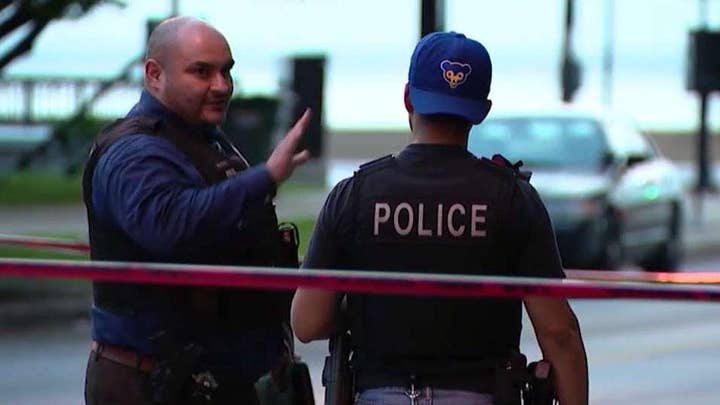 The officer underwent emergency surgery at the University of Chicago Medical Center and was showing signs of improvement, police said Wednesday. In a press conference, Chicago Police Superintendent Eddie Johnson said the officer was responding to stimuli and even gave hospital visitors a thumbs up.

In Wednesday's presser, Johnson emotionally denounced gun violence, asking his city to "put the guns down."