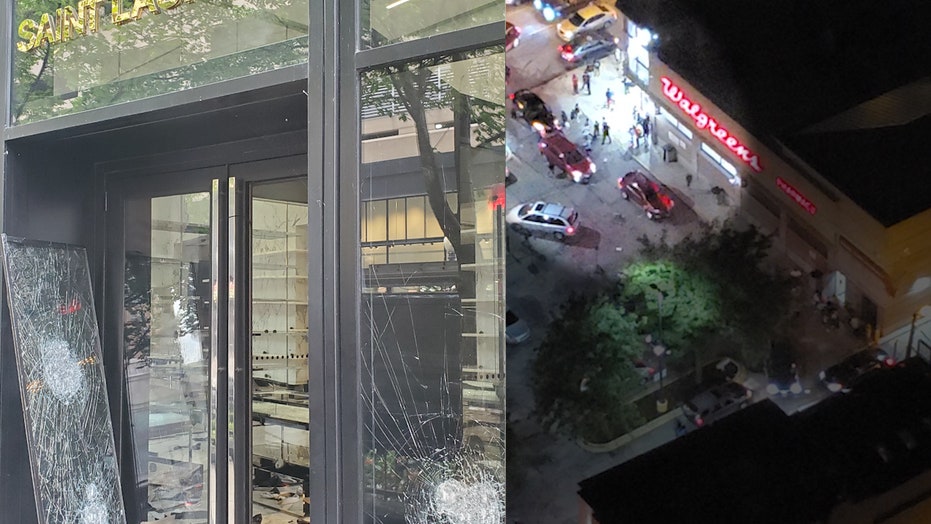 Chicago Mayor Lori Lightfoot on Monday pushed back after a reporter questioned whether rioters and looters who caused more than $60 million in property damage overnight had been emboldened by the “lack of consequences” during summer rioting in the city after the police custody death of George Floyd.

The reporter directed his question to Chicago Police Superintendent David Brown during an afternoon press conference.

“It almost sounds as though you were saying — the reason we have this is the courts and the prosecutors were not doing their job, that they were going too easy on the looters from the last time around,” the reporter asks. 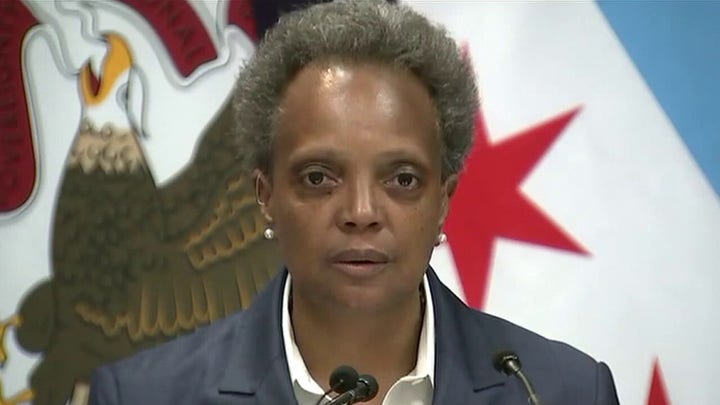 “Don’t take it from me. Just go about what’s been done. There were no consequences for the people arrested,” Brown replied.

Lightfoot then stepped up to the podium and accused the reporter of trying to pit city officials against the police department.

“Do not bait us. This is a serious situation,” Lightfoot said. “People are concerned about their safety. Officers are concerned about their safety. So, don’t bait us. What we’re saying is, as a result of what happened last night, there have to be consequences. We’ve got teams of people that are aggressively out there identifying the people responsible, looking at the plates, and working on bringing them to justice.”

She added: “When we do — when we do make those arrests, our expectation is that is going to be treated with the level of seriousness that it should be. Don’t try to bait us, mischaracterize, pit one against the other. We’re not playing that. We’re in a serious situation here, and we need a serious response.”

The reporter insisted he was not trying to bait the mayor before Brown cut him off to ask whether he had another question.

A door to the Block 37 retail building is shattered Monday, Aug. 10, 2020, after vandals struck overnight in Chicago's famed Loop.  (AP)

Earlier in the press conference, Brown suggested that the lenient treatment of people who were arrested during the summer unrest over the death of George Floyd, played a role in what happened in Chicago overnight.

“Not many of those cases were prosecuted to the full extent,” Brown said. “These looters, these thieves, these criminals being emboldened by (the lack of) consequences … emboldened to do more.”

He added that many of the arrests made during May and June, were not “prosecuted the fullest extent.”

“We have to have consequences for the arrests that Chicago police officers make through great threat to their own safety. They’re being shot at to make these arrests,” Brown said.

Cook County State's Attorney Kim Foxx has disputed any suggestion that her office had shied away from prosecuting people who were arrested for ransacking businesses weeks ago. She said none of those cases had been dropped.

"That is simply not true," she said. "Those cases are coming to court now."

The melee in downtown Chicago unfolded early Monday following a police shooting on the city's South Side Sunday afternoon.

Brown told reporters that the shooting of the man who had opened fire on officers apparently prompted a social media post that urged people to form a car caravan and converge on the business and shopping district.

Some 400 additional officers were dispatched to the area after the department spotted the post. Over several hours, police made more than 100 arrests and 13 officers were injured, including one who was struck in the head with a bottle, Brown said.

No officers were wounded by gunfire, but a security guard and a civilian were hospitalized in critical condition after being shot, and five guns were recovered, Brown said.