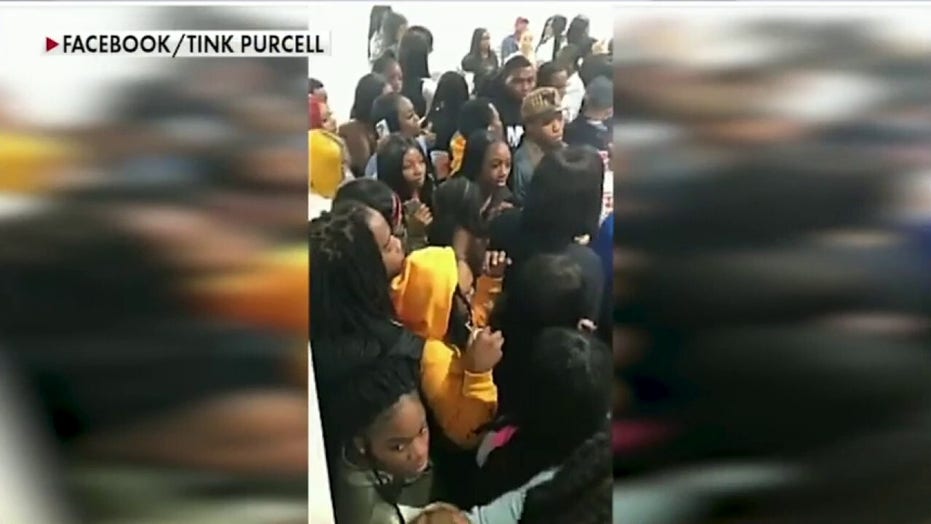 While her 26-year-old son was hosting a wild house party in defiance of social distancing orders last Friday, a Chicago woman was working a 24-hour shift as a first responder because of the coronavirus outbreak, according to reports.

The woman, who asked to remain anonymous, said she was horrified after police showed up at her door and showed her video of the party that went viral online, Chicago’s WMAQ-TV reported.

CHICAGO PARTYGOERS IN VIRAL VIDEO ARE 'LITERALLY PUTTING EVERYONE AROUND YOU IN DANGER,' GOVERNOR SAYS

“I came home, my house was clean, nothing was out of place,” the woman told the station. “And after that some police came to my house and said, ‘Were you aware that it was a party at your house?’ And I was like, ‘No, I wasn’t aware.’ And then they showed me the video.”

Police then issued the woman, as homeowner, a citation for disorderly conduct, according to NBC News.

The woman said she had been staying away from the family in recent weeks, in an effort to prevent bringing the virus home to them, according to the report.

"So if I'm doing social distancing, then I most definitely don't condone this type of behavior," the mother said.

She said she was “astounded” by the contents of the video, which showed the house packed with about 150 young people.

The son, identified as Janeal Wright, told WMAQ he knew his mother would be at work at the time of the party, the station reported.

He told the station that he and his friends erred because they are "millennials."

"With us being young, us being millennials ... we didn't really know how severe this was," Wright said. "It really hasn't been hitting home for us like that, but now I see the error of everything."

Some, but not all, of the partygoers were wearing masks, but all defied the Centers for Disease Control and Prevention’s guidance to remain at least six feet apart.

Both Chicago Mayor Lori Lightfoot and Illinois Gov. J.B. Pritzker denounced the video, with Lightfoot calling the decision to hold the party “reckless and utterly unacceptable” during a public health crisis.

“I have not seen the video though I did hear about it,” Pritzker said. “First, I want to remind everyone that by doing that, by standing together, not social distancing, many people not wearing masks, you’re literally putting everyone around you in danger. They are putting you in danger and, very importantly, all of those people are putting their families and their friends who are not there with them in danger.”