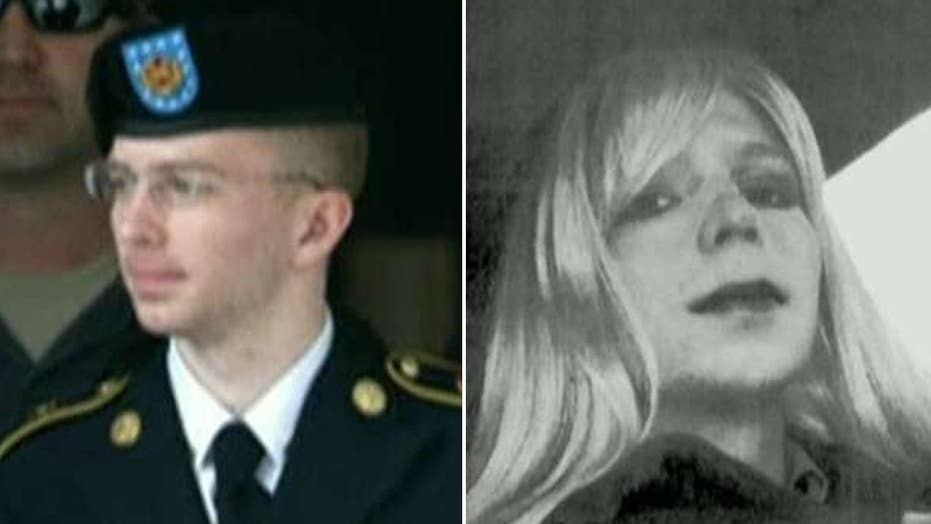 Chelsea Manning to be freed 3 decades early from prison

With less than a month before her scheduled freedom, Chelsea Manning on Thursday tweeted her thoughts about getting out of prison after former President Obama commuted her sentence.

"You know you've been in prison for a while, when the prospect of freedom is nerve wracking," she tweeted.

Known as Bradley Manning at the time of her 2010 arrest, Manning came out as transgender after being sentenced to 35 years in an all-male military prison and dishonorable discharged for leaking classified military documents and video to WikiLeaks.

She was convicted in military court of violating the Espionage Act and other offenses and has spent nearly seven years behind bars at Fort Leavenworth in Kansas.

President Obama shortened her sentence before he left office earlier this year. Earlier this week, Manning tweeted, "30 more days," with the hashtag "#mondaymotivation."

Her case pitted LGBT rights activists, who warned about her mental health and treatment as a transgender woman living in a men's prison, against national security hawks who said she did devastating damage to U.S. interests. The former cheered Obama's move, while the latter called it an outrageous act that set a dangerous precedent.

Under Army rules, she was barred from growing her hair long while incarcerated, and only after litigation by her legal team was she approved for hormone therapy.