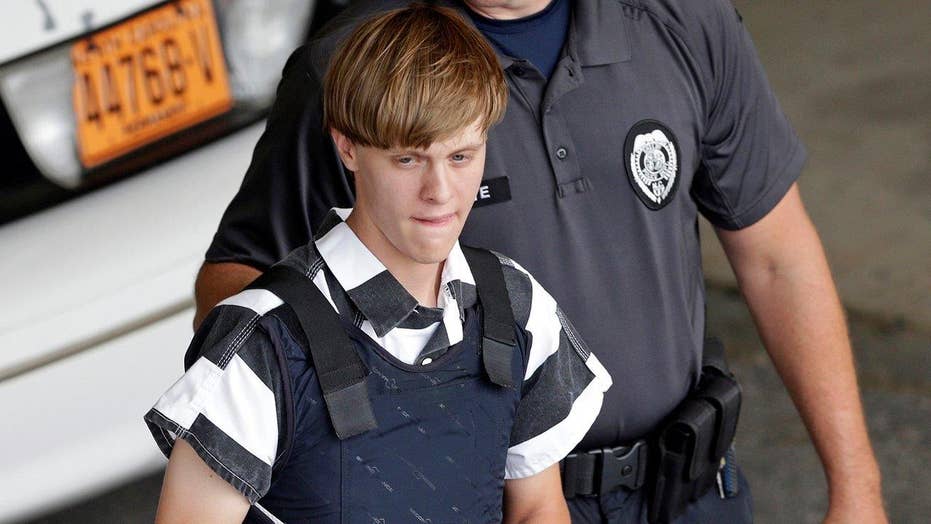 The same jury that convicted Dylann Roof in the 2015 massacre at Emanuel AME church reached a unanimous verdict on his sentence: death. Roof looked down silently as the panel announced its decision in U.S. District Court in Charleston, S.C. late Tuesday afternoon.

After the jury left the courtroom, Roof asked Judge Richard Gergel for new lawyers. Gergel told Roof he could make that argument at his formal sentencing hearing Wednesday morning.

Insisting on representing himself in the sentencing phase of his trial, Roof’s court-appointed defense team, which included renowned lawyer and capital punishment opponent David Bruck, was largely sidelined.

"We want to express our sympathy to all of the families who were so grievously hurt by Dylann Roof's actions," Roof's defense said in a statement. "Today's sentencing decision means that this case will not be over for a very long time. We are sorry that, despite our best efforts, the legal proceedings have shed so little light on the reasons for this tragedy."

Roof's family said in a statement they will "continue to pray for the Emanuel AME families and the Charleston community."

"We will struggle as long as we live to understand why he committed this horrible attack, which caused so much pain to so many good people," the statement read. "We wish to express the grief we feel for the victims of his crimes, and our sympathy to the many families he has hurt."

Earlier in the day, Roof delivered his own closing argument, in which the white supremacist denied that he was filled with hatred.

“Wouldn’t it be fair to say that the prosecution hates me because they’re trying to give me the death penalty?” Roof asked rhetorically. “Anyone who hates anything, in their mind has a good reason for it. And sometimes that’s because they’ve been misled and sometimes it isn’t. But I would say that in this case the prosecution, along with anyone else who hates me, are the ones who have been misled.”

Roof concluded his closing argument after only five minutes.

The brevity of Roof’s statement stood in stark contrast to the prosecution’s closing argument, which lasted for two hours.

Assistant U.S. Attorney Jay Richardson reminded jurors how the nine victims at “Mother Emanuel” Church had welcomed Roof, a stranger who had shown up at their Wednesday evening Bible study.

“The defendant had come not to learn, not to receive the Word, but he came with a hateful heart and a Glock 45,” Richardson said.

Richardson mentioned all of the victims by name, describing their importance to the community and their families, and the terrible loss caused by their untimely deaths. He contrasted these “particularly good people” with the horrific nature of Roof’s crimes, his racist views and “his belief in Hitler as a saint, as an icon, as someone to be emulated.”

The prosecution showed the jury photos of Roof with his now familiar blank stare, pointing a pistol at the camera during target practice.

“He also chose to videotape himself doing it so that he could see the very last images that these victims would see,” Richardson said. “He wanted to see what he would look like as he stood over them.”

Inside the courtroom, Roof looked straight forward, displaying no obvious emotion as the prosecution showed the jury graphic photos of the deceased victims’ bodies lying on the bloodstained floor of their church meeting room.

Richardson then went on to cite Roof’s apparent lack of remorse for the crimes.

He quoted from a journal removed from the defendant’s jail cell back in August of 2015 in which Roof writes, “I do not regret what I did. I am not sorry. I have not shed a tear for the innocent people I killed.”

The prosecutor reminded jurors that even during this trial, Roof had entered the courtroom wearing hand drawn racist symbols on his shoes.

At the conclusion of his closing argument, Richardson urged jurors, “Sentence this defendant to death for killing Clementa Pinckney.”

He repeated the phrase eight more times to add the names of each victim.

The same panel of three black jurors and nine whites that convicted Roof back in December once again sided with the prosecution, unanimously calling for the ultimate punishment.