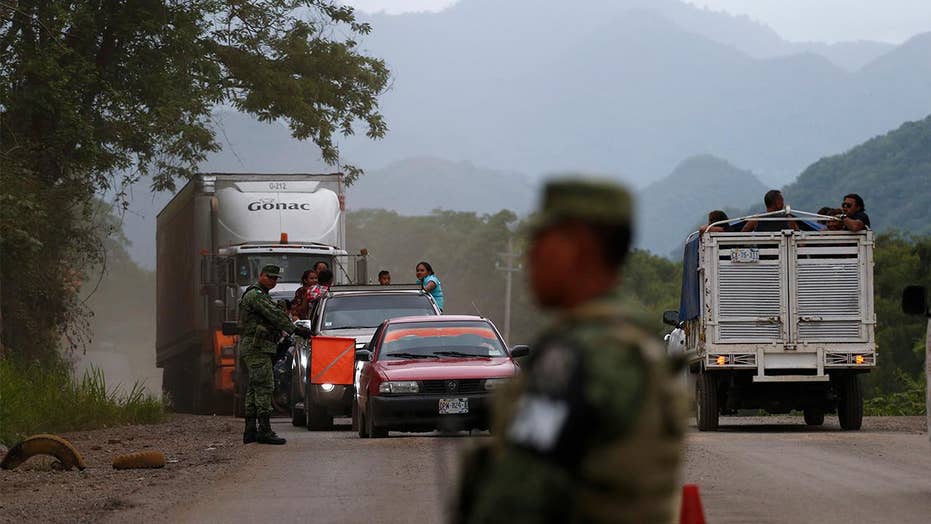 Mexico releases full text of immigration deal with US

As members of Congress continue a war of words about the surge in illegal immigration, a dilemma over what to do specifically with young, unaccompanied migrants is starting to take center stage.

Acting Customs and Border Protection Commissioner John Sanders urged Congress this week to pass a $4.6 billion emergency funding package which includes nearly $3 billion he says will provide the growing population with adequate care. His plea comes as a legal team recently interviewed 60 migrant children at a Border Patrol facility near El Paso and were, according to the Associated Press, told stories of neglect and mistreatment.

“The death of a child is always a terrible thing, but here is a situation where, because there is not enough funding... they can’t move the people out of our custody,” Sanders told the AP himself.

Sanders says the Border Patrol currently is holding 15,000 people – well beyond its estimated capacity of 4,000.

ICE Deputy Director Matt Albence says if Mexico does what they say they are going to do, it will be a huge help to secure the southern border.

Government rules call for migrant children to be held by the Border Patrol for no longer than 72 hours before they are transferred to the custody of Health and Human Services, which houses youth in facilities around the country.

But the arrival of thousands of families and children at the border each month has strained resources and thrust Border Patrol agents into the role of caregivers, especially for the many migrant youths who are coming without parents.

Children at the facility in Clint, which sits amid the desert scrubland some 25 miles southeast of El Paso, reported having to pick up some of the duties in watching over the younger kids.

“A Border Patrol agent came in our room with a 2-year-old boy and asked us, ‘Who wants to take care of this little boy?’ Another girl said she would take care of him, but she lost interest after a few hours and so I started taking care of him yesterday,” one of the girls there said in an interview with the attorneys, according to the Associated Press.

Other children, the AP reported, told lawyers that they were fed oatmeal, a cookie and a sweetened drink in the morning, instant noodles for lunch and a burrito and cookie for dinner. There are no fruits or vegetables. They added they have gone weeks without bathing or a clean change of clothes.

The entrance of a Border Patrol station in Clint, Texas. A legal team that interviewed about 60 children at the station near El Paso, says young migrants being held there are experiencing neglect and mistreatment. (AP)

The lawyers had inspected the facilities because they are involved in the Flores settlement, a Clinton-era legal agreement that governs detention conditions for migrant children and families. The lawyers negotiated access to the facility with officials, and say Border Patrol knew the dates of their visit three weeks in advance.

Data obtained by The Associated Press showed that there were three infants in the station, all with their teen mothers, along with a 1-year-old, two 2-year-olds and a 3-year-old. There are dozens more under 12. Fifteen have the flu, and 10 more are quarantined.

Many children interviewed had arrived alone at the U.S.-Mexico border, but some had been separated from their parents or other adult caregivers including aunts and uncles, the attorneys said.

“In my 22 years of doing visits with children in detention I have never heard of this level of inhumanity,” said Holly Cooper of UC Davis’ Immigration Law Clinic, representing detained youth.

Getting the emergency funding isn't a permanent fix, but it's is a necessary start, Sanders says.

"We need to be thinking not only about the care for the people in our custody," he added. "I have a 60,000-person workforce that is strained, are getting sick. The people of CBP need assistance for them."