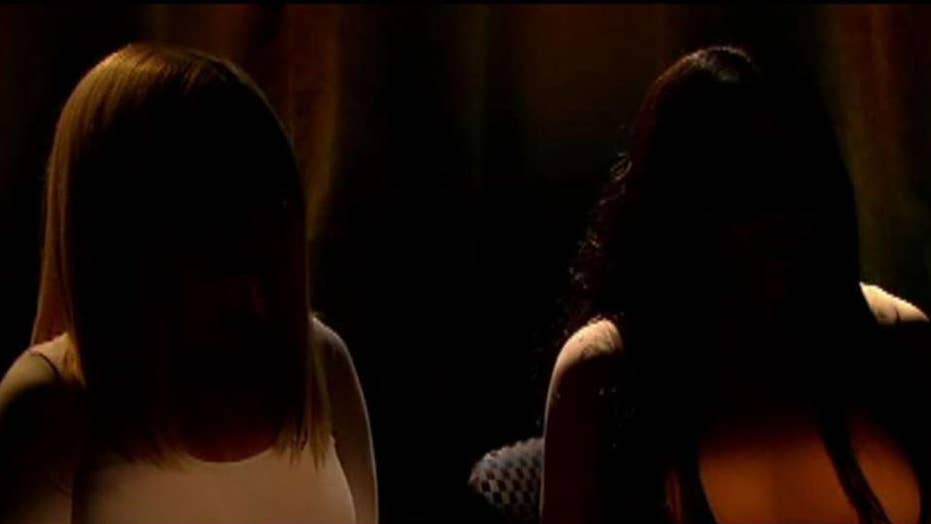 They once enjoyed a life of ill-gotten luxury, married to identical twins who climbed to the top of the world’s most profitable – and deadly – drug cartel. But these days, Mia and Olivia Flores live in the shadows, wearing disguises and shuttling their children from home to home, always wary someone is coming for them.

"They made a lot of money," Mia said in an exclusive, on-camera interview with Fox News Chief Intelligence Correspondent Catherine Herridge. "My husband and brother-in-law were a big asset to him. They knew the U.S. inside and out, they knew the roads, they knew how to maneuver in the U.S. And that's something Chapo and his team didn't know how to do."

The lavish lifestyle came crashing down in 2012, when the twins were each sentenced to 14 years in prison for smuggling 71 tons of cocaine and heroin and $2 billion in cash into the United States. The Flores brothers were the highest level American drug traffickers to be flipped by the Drug Enforcement Agency--DEA, and key to bringing El Chapo to U.S. justice. Key to the prosecution's case, they are expected to testify at his 2018 trial in New York City.

"I would say that they're probably the strongest witnesses in this case," Olivia said in the interview, at which she, like her sister-in-law, wore dark glasses and a wig. "They were the first to ever get El Chapo Guzmán on a recorded conversation. They're U.S. citizens. They speak English. They've trafficked drugs across the U.S."

In the meantime, Olivia and Mia are telling their own story in “CARTEL WIVES: A True Story of Deadly Decisions, Steadfast Love and Bringing Down El Chapo.” The book, which hits stores this week, is Mia and Olivia’s effort to detail the role their husbands played in bringing El Chapo to justice and to tell their own story of survival in the aftermath.

CLICK TO READ AN EXCERPT FROM THE BOOK "CARTEL WIVES"

"We do not share our real names,” Olivia told Fox News. “We have to constantly hide. We have to constantly remember our lies. We don't mingle with neighbors. We try to just fly under the radar and try not to get noticed. We're soccer moms. We're on the PTA. We're in car line. We're dressed in sneakers every day. And we're just trying to give our children a normal life."

Although El Chapo, who was captured in his Mexican mountain hideout in January of 2016, after repeated escapes from prison, is now held at the maximum-security wing of the Metropolitan Correctional Center in New York, Olivia and Mia fear they are "being hunted" by his loyalists.

Their fear is real, according to recently retired Drug Enforcement Administration Deputy Administrator Jack Riley, who spent more than a decade hunting El Chapo. He said El Chapo is directly responsible for the deaths of tens of thousands of people.

"Look, I hate the guy,” Riley said. “When I was on the border some 10 years ago, sluggin' it out with what was going on in Juarez, he put a bounty on my head. I was a little upset about it, because it was only $100,000, but he put a bounty to have someone cut my head off.

“So, it is personal with me. I think the guy has affected a great deal of my adult life, certainly the last 15 years. Right now, I’ve got to tell you, I like where I sit, and I kinda like where he's sitting, too."

Olivia recalled the difficult discussions she and Mia had with their husbands when they decided to leave the drug world, a choice they knew would leave them marked for the rest of their lives.

"There's people in the U.S. that get caught and of course they flip and they cooperate, but our husbands were never caught,” Olivia said. “They decided that they wanted to cooperate with the U.S. government, they wanted to turn in El Chapo Guzmán, which is the biggest narco terrorist in the world, and they wanted to make a difference. They wanted to help dismantle something that they helped build."

Mia added, "They were courageous. They were brave. It was either, you know, do that or die. And it wasn't easy for us."

It is impossible to know how many lives have been destroyed by the drugs trafficked by El Chapo and the Flores brothers. Riley spoke of how El Chapo revolutionized the way drugs were transported and sold.

"He's the father of tunnels that go under the border,” Riley said. “And his ability to sense what could sell in the American market, I think, is really the best I've ever seen. We saw it with the methamphetamine issue here in the United States. We've seen it now with the growth in prescription drug abuse. What does he do? He shifts gears and begins to produce high-grade heroin and fentanyl, and brings that to the United States.

“He's a guy I think that if he had chosen to do the right thing on the right side of the law, he might've been the CEO of a major corporation,” Riley mused. “That's how talented he is, and this is a guy that can't read."

The Flores wives are neither behind bars nor free. Always looking over their shoulders, they also share a sense of guilt for the harm their husbands visited on America.

"We are very remorseful for the damage that's been caused, Olivia said. “Our husbands denounced that life and they tried to take something some negative, and they tried to dismantle what they helped build, and that was bringing Chapo Guzmán to a U.S. courtroom."

They believe that their husbands redeemed themselves and it gives the women strength, even though they have seen the toll drugs have taken on the U.S.

"I understand,” Mia said. “I'm a mother. I love my children, and it could be one of them also. But at the end of the day, what our husbands did put a dent in the drug trade. We did our part to say I'm sorry, and we denounce this life."