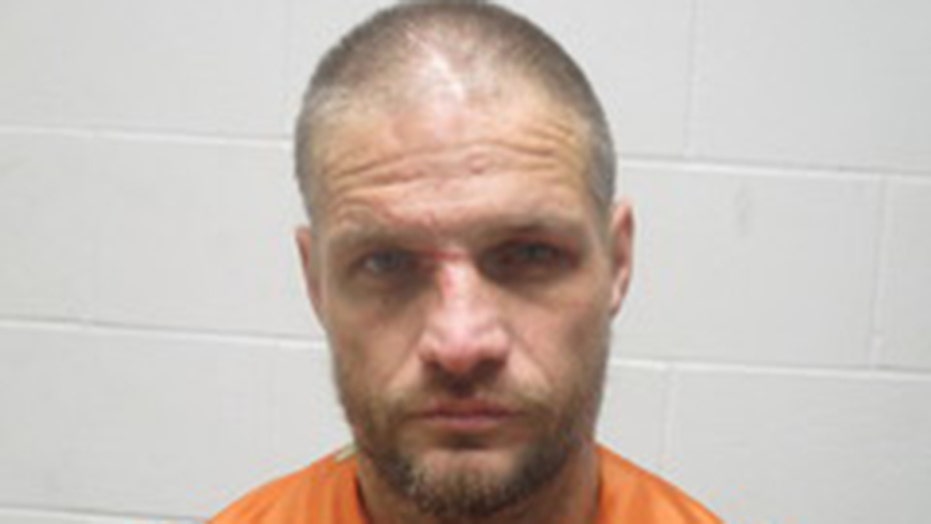 A man and his pet goat napping in a pickup truck outside an adult store in Missouri were carjacked by a man on meth who drove them through parts of Kansas, Missouri and Oklahoma -- occasionally pistol-whipping the sleeping man, according to published reports.

Police said the sleeping man and the truck’s original driver stopped at an adult video store in Carthage, Mo. early Wednesday, KOTV reported. While the driver entered the store, the man and his pet goat remained in the truck and fell asleep.

As the passenger napped, police said 40-year-old Brandon Kirby jumped into the truck and drove off.

Brandon Kirby, 40, was arrested in Oklahoma on Wednesday after police say he carjacked a truck form an adult store in Missouri with a man and goat inside. (Creek County Sheriff's Office)

'METH. WE'RE ON IT' CAMPAIGN ROLLS OUT IN SOUTH DAKOTA TO CONFUSION, RIDICULE

The passenger told police Kirby let him and his pet goat go after arriving in Oklahoma. They were dropped off on the side of the road in Sand Springs, Okla., and the victim called 911 before reporting the truck missing to OnStar.

Representatives at OnStar were able to slow the truck’s speed to 15 mph, allowing police to end the incident, KOKI reported.

Police said Kirby jumped from the car and ran off, dropping a mask and a gun before a deputy found him hiding in tall grass near Highway 412, according to KOTV.

Kirby was arrested and charged with kidnapping, pointing firearms and felony possession of a firearm, according to jail records.

Kirby was wanted on a burglary charge in Osage County and has a number of felony convictions, including assault and burglary.