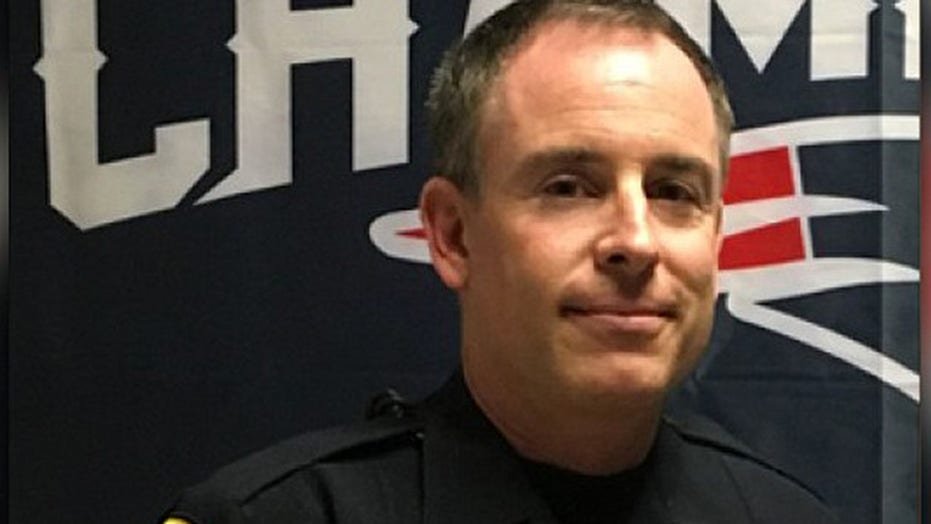 A San Diego police officer arrested last month for allegedly soliciting sex from a minor was found shot dead inside his home Monday in what police are calling an apparent suicide.

Joseph Ruvido, 49, was found dead from what authorities say was a self-inflicted gunshot wound inside his Carmel Valley home at around 4:25 p.m. Monday. San Diego Police Department Chief David Nisleit said Ruvido failed to show up for a court appearance several hours earlier.

Ruvido had been charged earlier that day on two counts of arranging a meeting with a juvenile with sexual intent and one count of attempted lewd act on a minor between the ages of 14 and 15, San Diego’s FOX5 reported.

“Everything appears to be that this is going to be a suicide,” Nisleit told reporters at a press conference Monday. “It appears to be a self-inflicted gunshot wound at this time. Our homicide unit protocol is out there doing this investigation, but all signs, all indications are that this is a suicide.”

Nisleit said he was notified that Ruvido was not at the courthouse at around 1:40 p.m. and shortly thereafter, at around 2:08 p.m., it was confirmed he failed to appear after his case was called and he did not show.

Officers made several attempts to make contact with Ruvido to no avail. Nisleit said police decided to make a forcible entry into his residence and that’s when the body was recovered.

He added it was not immediately clear when Ruvido actually died.

He was arrested July 26 after he was identified by a Crime Stoppers tip that accused Ruvido of being among several other suspects that allegedly solicited minors for sex. Nisleit said Ruvido posted his $100,000 bail the following day and had not been heard from since.

Ruvido was a veteran officer with the San Diego Police Department. Nisleit said of the probe into the allegations against Ruvido, “it's still very much an open investigation.”

“He was a San Diego police officer for 21 years and obviously we don’t condone what he is accused of, obviously but he was still a member of this department,” Nisleit said.

Ruvido was on unpaid leave at the time of his death.