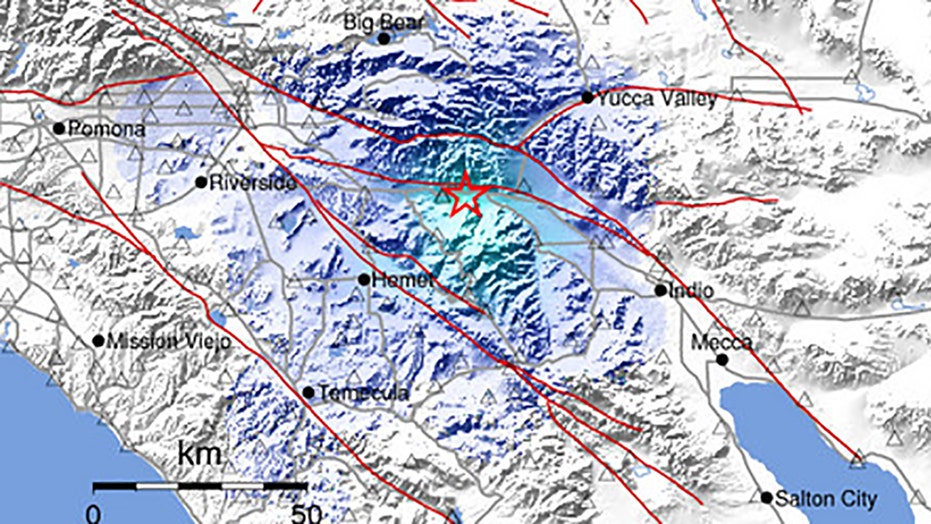 A magnitude 3.5 earthquake shook southern California early Sunday, marking the latest of a swarm of temblors to hit the state over the last few days.

The quake happened at 1:44 a.m. local time about 13 miles from Palm Springs and 3.6 miles from Cabazon, the U.S. Geological Survey (USGS) said. It occurred at a depth of 9.4 miles.

Over the past week, there have been three earthquakes that registered as magnitude 3.0 or greater in the same area, according to the Los Angeles Times.

Several small earthquakes also unnerved the Ventura County area near the coast, about 176 miles west of Palm Springs, in recent days. While some quakes registered above 3.0, a majority were between 1.0 and 2.0, the Ventura County Star reported.

However, swarms like these are common and don’t foreshadow “the big one,” earthquake experts say.

“Swarms are common. Similar ones in Ventura in 1984 & 2015. Swarms are NOT more likely to be followed by a big quake,” seismologist Lucy Jones tweeted Friday.

The western states of California and Nevada are hit with an average of 234 earthquakes that have magnitudes between 3.0 and 4.0 per year, the Los Angeles Times reported, citing a recent three-year data sample.