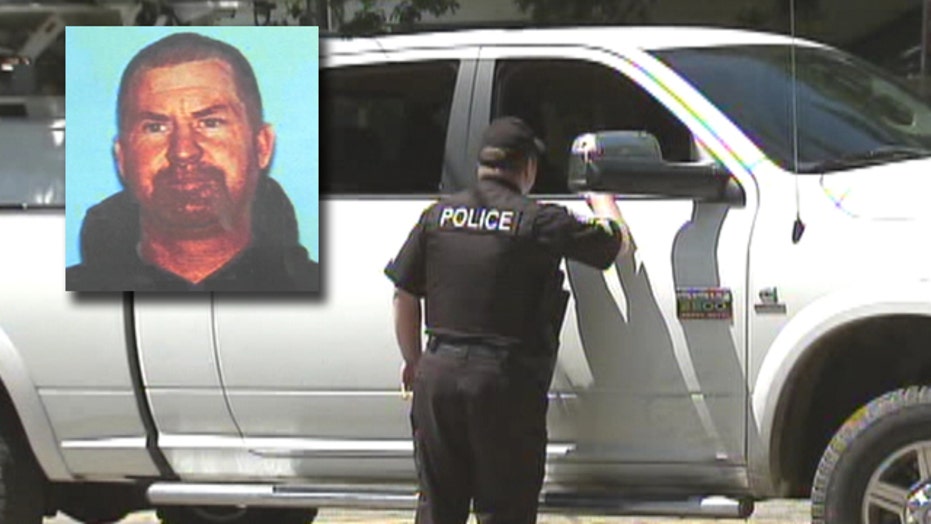 PETROLIA, Calif. – Authorities hunting for a Northern California man suspected of killing of his wife and two young daughters have brought in dogs trained to search for cadavers.

While investigators have said they have no indication Shane Franklin Miller may be dead, the canines are part of a larger search through California's rugged and remote North Coast terrain.

More than 70 law enforcement officers from multiple jurisdictions are scouring the area for Miller, 45, suspected of killing his family last Tuesday in the rural community of Shingletown. All three victims were shot multiple times.

Investigators found Miller's abandoned pickup truck the next day near Petrolia, about 200 miles west of the home that Miller shared with his wife, Sandy, 34, and daughters, Shelby, 8, and Shasta, 5.

But they have found no traces of him.

"We're going up and down the area trying to figure out where he may have disappeared to," Humboldt County Sheriff's Lt. Wayne Hanson said Monday.

They've extensively searched the area where Miller's vehicle was found, Hanson said. Foot and air patrols including SWAT teams from various counties and U.S. Marshals will continue to canvass the area, he added.

The ground searches will also include door-to-door searches of residences in the area, the lieutenant said. Roadblocks will be maintained on main roads from Petrolia to Ferndale. Hanson said that's to protect residents if Miller tries to leave the area.

Meanwhile, about 100 people attended a community meeting on Sunday. Lieutenants from Humboldt and Shasta counties told the audience that an old acquaintance positively identified Miller as arriving in the area on Wednesday in the truck that was later found abandoned, Hanson said. The longtime acquaintance told officers that Miller did not appear to be angry or hostile.

Also during the meeting, Hanson said officials confirmed that a note written by Miller was found in the abandoned truck. Hanson could not provide further details on the contents of the note, but said if any ofMiller's family members were mentioned, they would have been immediately notified by the authorities.

As schools reopened on Monday, authorities are asking people to be cautious in their daily activities and to lock their doors at night.

"Right now, we're residents to remain on alert and not to investigate anything themselves," Hanson said. "That's what we're here for."