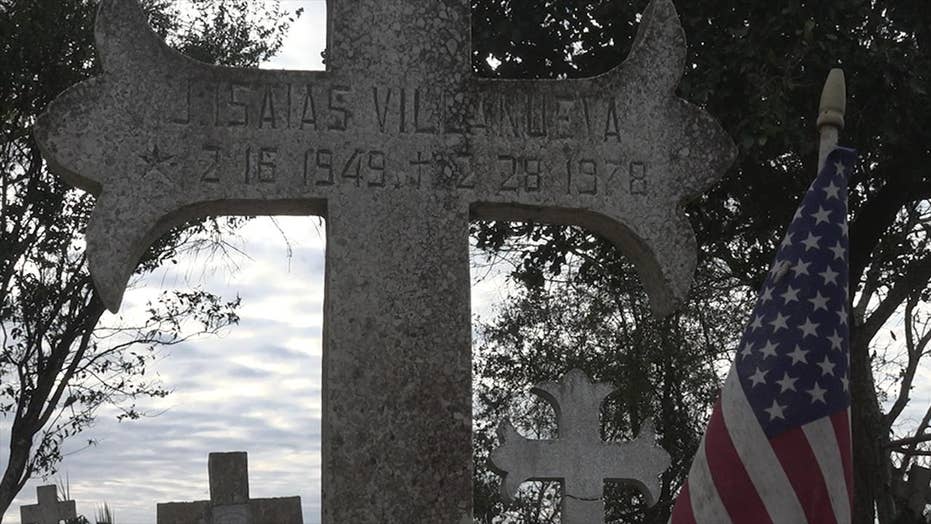 BROWNSVILLE, Texas – As the controversy over the border wall centers on illegal immigration, one group says a barrier gate will basically erase a historic cemetery where two dozen military veterans are buried.

The Santa Rosalia Cemetery in Texas sits beyond a section of the border wall in an area that locals call “No Man’s Land.” A fence cuts it off from vast ranches on the other side, though an open section of the wall leads people to the burial ground. In the next few months, those visiting Santa Rosalia will see a border gate. Last year, Customs and Border Protection awarded a contract for border wall gate construction in the Rio Grande Valley Sector. The project relies on CBP’s Fiscal Year 2017 appropriation.

J.J. Gonzalez, whose grandmother is buried at the cemetery, believes the border gate will deter potential visitors to a cemetery already suffering from neglect.

“People I’ve spoken to, they saw the wall, and they think they can no longer come back here, they think we’re in Mexico, and we’re still in the United States,” said Gonzalez.

The Santa Rosalia Cemetery dates back to the 19th century and once served a long-gone ranching community on the U.S.-Mexico border. Nearly a dozen veterans are buried here.  (Fox News)

Gonzalez said he discovered the gravesite a year and a half ago when he was searching for his grandmother’s headstone. He found it amid an overgrowth of weeds.

And, so began a mission to clean the enire cemetery. He and a handful of volunteers formed the Santa Rosalia Cemetery Preservation Society last year. They took the responsibility of maintaining the property and, in the process, found nearly two dozen veterans.

“That’s sad to me. Anyone here, just the fact that they’re forgotten,” said Gonzalez.

The cemetery dates back to the 19th century and once served a long-gone ranching community by the U.S.-Mexico border. There were once dozens of ranches throughout Cameron County.

Santa Rosalia Cemetery was filled with overgrown weeds until a group of volunteers decided to start cleaning it last year.  (Fox News)

“This was an agricultural economy, and so you had all the farms that were out on this range. Each farm had its own cemetery,” said Eugene Fernandez, a commissioner with the Cameron County Historical Commission.

As families left, memories of the place began to fade.

“People move on and forget about it. That is the factor that is important in the equation,” said Fernandez.

But Fernandez disagrees the border gate will prevent people from visiting the cemetery.

“Even if a Border Patrol person sees you, they’ll ask you what’s your mission here? And you say, 'well I’m coming to see my grandmother,' and they’ll cut the conversation loose from then on,” said Fernandez.

The cemetery sits beyond this section of border wall. Within months, a border wall gate will be built, and some say that could further discourage people from visiting the cemetery.  (Fox News )

CBP has said it is willing to work with residents to make sure they have needed access. Gonzalez said he is still worried the gate would discourage people from visiting.

“If the gate goes up, people will stop because they won’t know they can drive down the levee,” said Gonzalez.

Because the cemetery is deemed private property, the city isn’t obligated to take care of it. Fernandez said that’s why private associations, like the one Gonzalez started, are crucial in making sure it is maintained.

“That’s why J.J,’s mission right there has a wonderful place in my heart,” said Fernandez.

“I was taught…that we have to respect and always remember our ancestors. Even though there’s just a headstone of them, but you still have to remember their memory,” said Gonzalez.