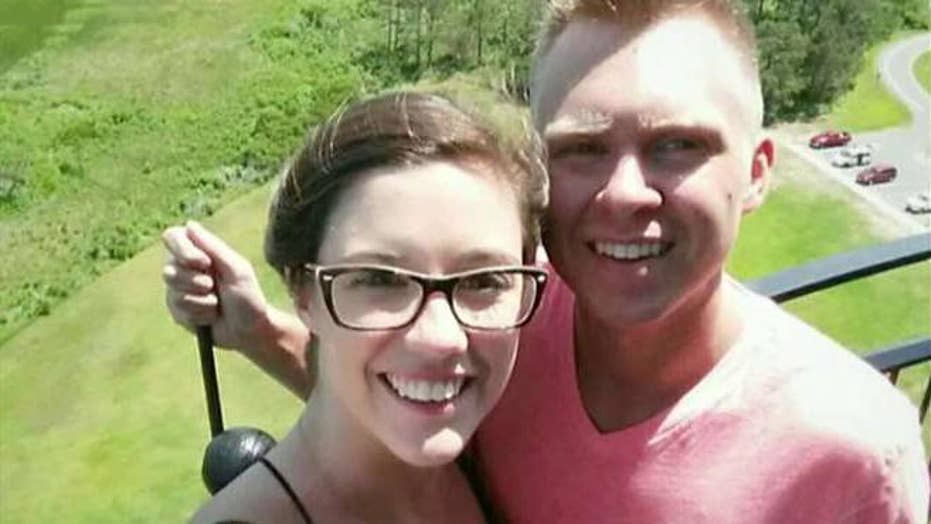 Man blames cold meds for stabbing his wife to death

Does Matthew Phelps have a case?

North Carolina investigators discovered empty boxes of cold medicine and what seemed to be bloodied sheets at the home of an aspiring preacher who admitted to authorities last month that he killed his wife in a cough syrup induced stupor.

Matthew James Phelps, 29, was arrested on Sept. 1 after he called 911 and told the operator: “I think I killed my … there’s blood all over me, and there’s a bloody knife on the bed. I think I did it.”

Phelps, who worked at a landscaping company and studied missions and evangelism at Clear Creek Baptist Bible College in Pineville, Ky., told 911 operators that he believed he might have stabbed his wife Lauren Hugelmaier Phelps, 29, because he consumed too much cough syrup.

“I took more medicine that I should have. I took Coricidin Cough and Cold because I know it can make you feel good and sometimes I can’t sleep at night,” Phelps told a 911 operator.

“I can’t believe I did this,” Phelps was heard sobbing. "Oh God. She didn’t deserve this. Why?"

Matthew James Phelps was charged with first-degree murder in the death of his wife Lauren Hugelmaier Phelps. (AP)

When officers arrived to Phelps’ home in North Raleigh, they discovered Lauren Phelps with multiple stab wounds. She later died from her wounds.

Investigators told The News & Observer that the aspiring pastor kept repeating that he “harmed” his wife when they arrested him and took him into custody.

Police were granted a search warrant for Phelps' home where they took a “white bedspread, a white sheet, a gray white comforter and several pillowcases that were all marred with an unknown red substance,” the search warrant, made public by the Wake County Clerk of Courts Office, stated.

Investigators also took a Coricidin Cold & Cough medicine box that was empty, four computers, receipts, a mortgage statement, a knife set, credit cards and an iPhone that reportedly belonged to the deceased wife.

Phelps, who does not have a criminal record, has been charged with first-degree murder in his wife’s death. He is currently held at Wake County Jail without benefit of bail.