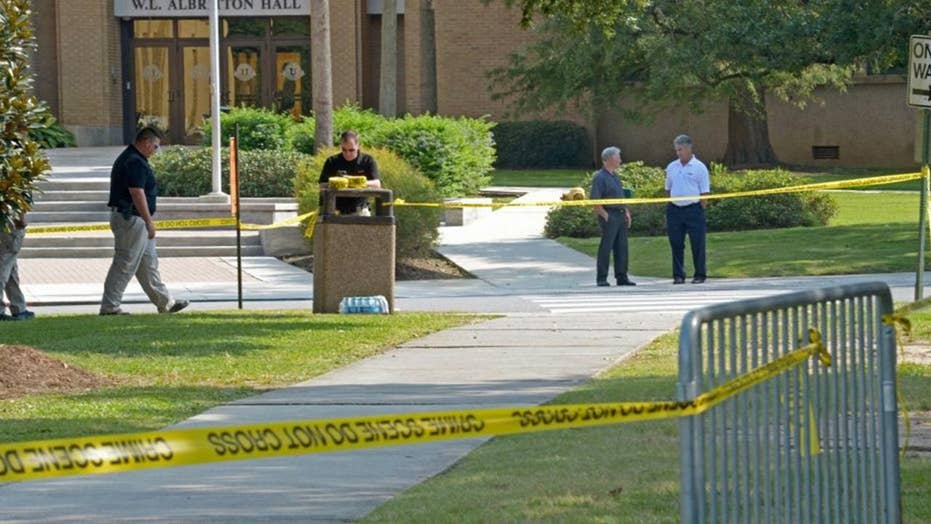 The death of a Louisiana State University fraternity pledge may have resulted from a drinking game called “Bible Study,” according to police reports.

Freshman Maxwell Gruver, 18,  died Sept. 14, the day after pledges at the Phi Delta Theta house participated in the game, in which they had to drink whenever they incorrectly answered a question about the fraternity, LSU police said in affidavits filed in court Monday.

Gruver was "highly intoxicated" when he was left on a couch inside the house early Sept. 14, one witness told police. Fraternity members found him in the same spot later that day with a light pulse, but it was unclear whether he was still breathing, police said. Gruver later died in a hospital.

With hazing considered a possible factor in the death, LSU officials have empaneled an 11-person taskforce to closely examine the school's fraternities and sororities to ensure student safety, and ordered a complete shutdown of all Greek Life activity – although some restrictions have since been lifted.

"Many of our Greek organizations represent all that is good about our university. They volunteer, fundraise for charities and provide opportunities for students to make lifelong connections that extend far beyond their time at LSU," President F. King Alexander said in a statement Friday. "However, a small minority of these groups engage in behavior that undermines all these benefits, and that will be identified and discontinued."

Alexander emphasized the importance of student safety, adding that “it’s important to understand that there will be no return to ‘normal,’” and although Greek organizations play a role in campus life, “hazing and other dangerous behavior will not be tolerated.”

"One loss of life to hazing or drug and alcohol abuse is too many, and I know that you share my very serious concerns," Edwards wrote, asking officials to report their findings and recommendations by Oct. 29.

Hospital test results found a “highly elevated" blood-alcohol level in Gruver's body according to a coroner, and witness statements "indicated that the pledges were forced to drink in excess.”

“Several of the pledges stated that they received a group text message stating there would be 'Bible Study' at the house" at 10 p.m. on Sept. 13, a police affidavit said.

Authorities have seized a bag filled with beer cans, bottles of liquor, a glass smoking pipe, a "pledge test," cleaning supplies and two strands of white knotted rope from the fraternity house, according to a search warrant.

Police may also have seized devices containing video footage "during the times of the events," a police affidavit says.

In addition, police seized the phone of a fraternity member that contains text messages about the “Bible Study” session, and have obtained a warrant to examine Gruver’s phone to see who he was talking with prior to his death.

Some fraternity members declined to give statements and have sought attorneys, according to East Baton Rouge Parish District Attorney Hillar Moore.