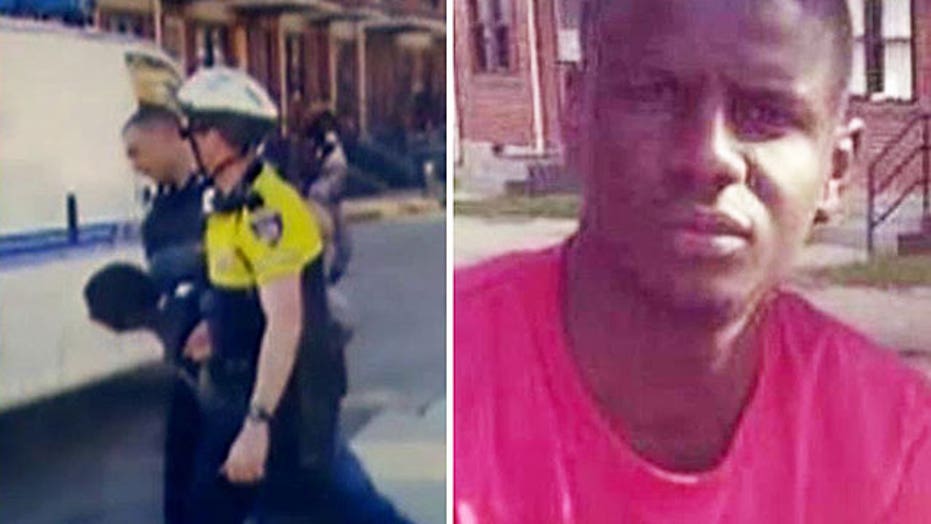 BALTIMORE – A medical examiner found Freddie Gray suffered a "high-energy injury" while riding in a Baltimore police van and the failure of officers to follow procedures means the death is a homicide, according to an autopsy report obtained by The Baltimore Sun.

Police arrested Gray, 25, on April 12 and he died a week later, prompting protests and rioting.

A grand jury indicted six officers on various charges; one officer faces the most serious charge of second-degree "depraved-heart" murder. They have pleaded not guilty.

The Sun reported Tuesday that the autopsy found the injury, similar to those suffered in shallow-water diving, was most likely caused when the van suddenly decelerated. The report says Gray's death could not be ruled an accident and is instead a homicide because officers didn't follow safety procedures "through acts of omission."

A spokesman for the Maryland medical examiner and for the prosecutor's office declined Tuesday to release the report, but State's Attorney Marilyn Mosby condemned the leak in a statement.

"I want to make it very clear that the state's attorney's office did not release the Freddie Gray autopsy report. As I have repeatedly stated, I strongly condemn anyone with access to trial evidence who has leaked information prior to the resolution of this case," she said.

Attorneys for the officers released a joint statement saying they had not yet received the report, although Mosby is expected to turn it over to the defense by Friday. The defense attorneys said they believed only the prosecutor and the medical examiner's office had copies.

The newspaper reported it obtained a copy of the autopsy and sources who verified it for the Sun requested anonymity because of the high-profile nature of the case.

Although officers loaded Gray into the van on his abdomen, the medical examiner surmised Gray may have gotten to his feet, then been thrown into a wall when the van abruptly changed direction. Because Gray wasn't belted in and had his wrists and ankles shackled, he was "at risk for an unsupported fall during acceleration or deceleration of the van."

Police and an attorney for the Gray family have said previously that Gray suffered a severe spine injury.

At the University of Maryland Medical Center, Gray tested positive for opiates and cannabinoid, according to the autopsy.

According to the report's chronology:

— Gray suffered no injuries to suggest a neck hold or anything stemming from physical restraint during his arrest. Assistant Medical Examiner Carol Allan noted that in bystander video, Gray is seen bearing weight on his legs and speaking as officers load him into the van.

— The van made several stops. At the second stop, officers placed an identification band and leg restraints on Gray. "Reportedly, Mr. Gray was still yelling and shaking the van. He was removed from the van and placed on the ground in a kneeling position, facing the van doors, while ankle cuffs were placed, and then slid onto the floor of the van, belly down and head first, reportedly still verbally and physically active." The most significant injury to Gray may have occurred after this stop.

— During a fourth stop, authorities said van driver Caesar Goodson called for help and Sgt. Alicia White got involved. "The assisting officer opened the doors and observed Mr. Gray lying belly down on the floor with his head facing the cabin compartment, and reportedly he was asking for help, saying he couldn't breathe, couldn't get up, and needed a medic. The officer assisted Mr. Gray to the bench and the van continued on its way."

— When the van made a fifth stop to pick up a second arrestee, "Mr. Gray was found kneeling on the floor, facing the front of the van and slumped over to his right against the bench, and reportedly appeared lethargic with minimal responses to direct questions."