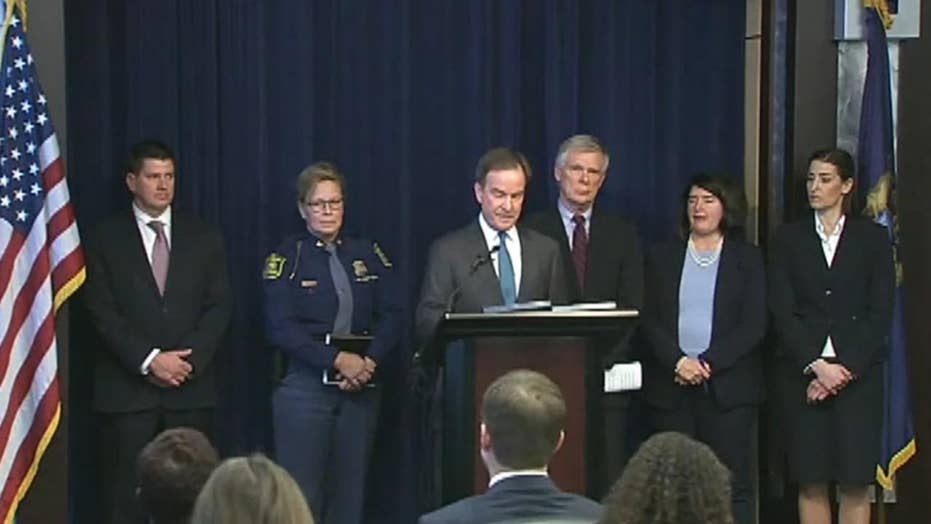 Attorney General Bill Schuette said the independent probe would find out who knew what and when, who took action and who failed to do so.

Schuette, who's running for governor, said he was asked by the Michigan State Board of Trustees to investigate the school but fired back that he did not need their advice, and that  they should be the last ones providing any.

Schuette said the probe will be handled by some of the top investigators in his office and the state police. He named William Forsyth, a former Kent County prosecutor, to lead the investigation. Forsyth has more than 40 years' professional experience.

"We will meet with every victim," Schuette said. "We will listen to them."

Nassar, 54, a former Michigan State University employee and gymnastics doctor for the U.S. Olympic team, was sentenced this week to 40 to 175 years in prison for molesting young girls and women under the guise of providing medical treatment.

Disgraced doctor Larry Nassar was sentenced this week to 40 to 175 years in prison. (AP)

Some of the women and girls who accused Nassar of sexual abuse said they complained to university employees as far back as the late 1990s.

In the press conference, Forsyth asked how  Nassar was “able to engage in this behavior for over 20 years.”

“Why did anybody not do anything about it?” he asked. “We want to make sure this type of tragedy never happens again.”

Forsyth promised the probe would be as quick as possible but reminded the public that “this is almost 20 years of predatory conduct from Nassar.”

Meanwhile, a report by The Athletic that was published Friday alleged that NCAA president Mark Emmert was informed in 2010 that MSU athletes were sexually assaulting women.

Redmond said of the meeting: “He met with me, which was great and I appreciated that. But the governing board has an awful lot of power. It’s a strange setup. You do kind of get the fox-guarding-the-henhouse mentality. You do feel like the NCAA doesn’t like to do investigations because they like their relationships (with university officials and conferences). I think Mark Emmert came in with the right tone but quickly realized, 'There’s not a lot I can do here.’”

The NCAA announced this week that it was looking into the school and how it handled the Nassar allegations.