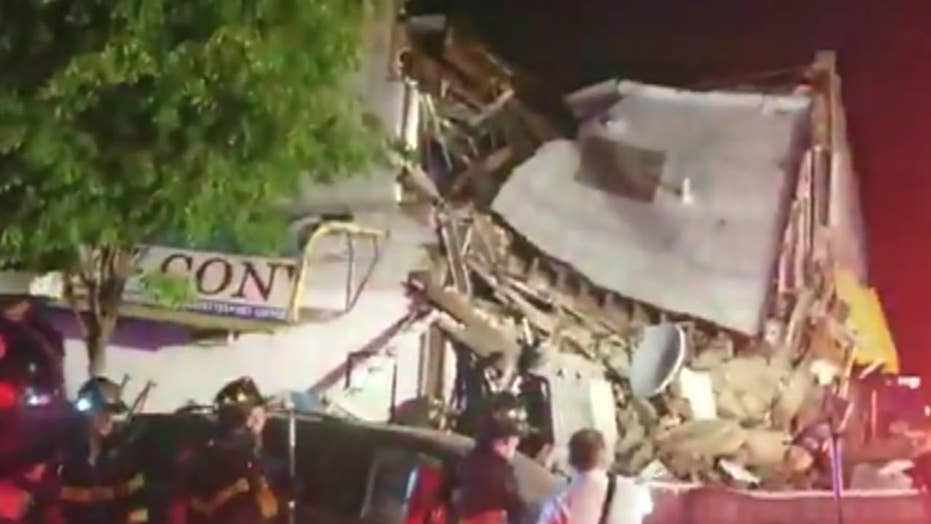 Raw video: Driver slams vehicle into building in New York City. The NYPD has taken the driver into custody; no injuries have been reported.

More than 100 firefighters rushed to the scene of a Monday night building collapse in New York City that reportedly resulted in just one injury -- the driver of the vehicle that slammed into the structure.

The incident, which took place in the Midwood section of Brooklyn at around 11:30 p.m., the FDNY said. Officials said the 20-year-old driver suffered only minor injuries.

Video from the scene showed the building reduced to a massive pile of rubble as fire crews worked to make sure the scene was secure.

The driver, who wasn’t immediately identified, allegedly tried to flee the scene but was apprehended and taken to a hospital, according to NBC New York. Charges are reportedly pending against him.

A business was located on the first floor and apartments were on the second floor, according to NBC New York. No one was reported to be in the apartments at the time of impact.