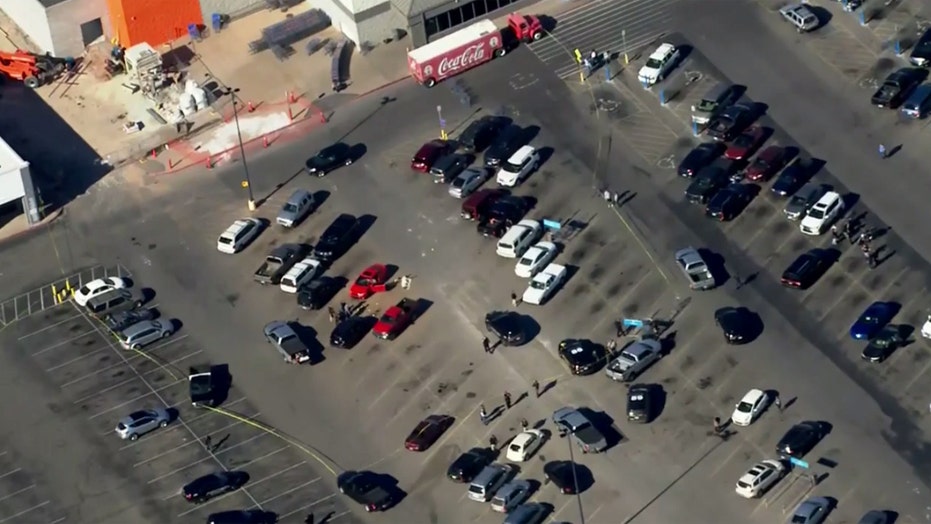 Two men and a woman were killed in a shooting outside a Walmart store in Oklahoma on Monday that appeared to stem from a domestic dispute, according to officials and family members.

The Oklahoma Highway Patrol told Fox affiliate KOKH FOX 25 the shooting happened just before 10 a.m. in the parking lot of a Walmart in Duncan, located roughly 75 miles south of the state capital of Oklahoma City.

The Duncan Police Department said on Facebook that the woman and one of the men were found shot to death in a car, while the other man was found dead outside the car in the parking lot.

"A handgun was found on scene," police said. "We will update as more information comes in."

TACO BELL THIEF HELPS HIMSELF TO TOSTADA SHELLS DURING ROBBERY

Duncan Police Chief Danny Ford told the Associated Press that authorities are looking for witnesses to the shooting. One of the people found dead on Monday is believed to have been the shooter, though additional details have not been released.

Multiple people were fatally shot at a Walmart in Oklahoma, according to local media. (KWTV/KOTV)

A dispatcher told the Associated Press that "everyone is at the scene."

The parking lot of the Walmart was covered in police tape after a reported shooting in Duncan, Okla. (KWTV/KOTV)

Authorities marked the location of shell casings around one red vehicle, where bullet holes could be seen in the windshield of the car.

Family members at the scene told FOX25 the shooting was the result of a domestic dispute between a husband and wife.

"Law enforcement officers have secured the scene, and we do not believe there is an additional threat to the community," Duncan City Manager Kimberly Meek said in a statement. "Our prayers are with the victims, their families and with our law enforcement community as they investigate."

The Duncan Public Schools said on Facebook that schools were placed on lockdown due to the shooting, but have since been given the all-clear by police.

No staff members were involved in the shooting and the store was not evacuated, Walmart spokeswoman LeMia Jenkins said in an email.

"This was an isolated incident in the parking lot and was not an active shooter situation," Jenkins said.

The incident in Oklahoma happened less than a week after a Walmart in El Paso, Texas reopened nearly three months after a gunman killed 22 people and injured dozens more at the store in August.