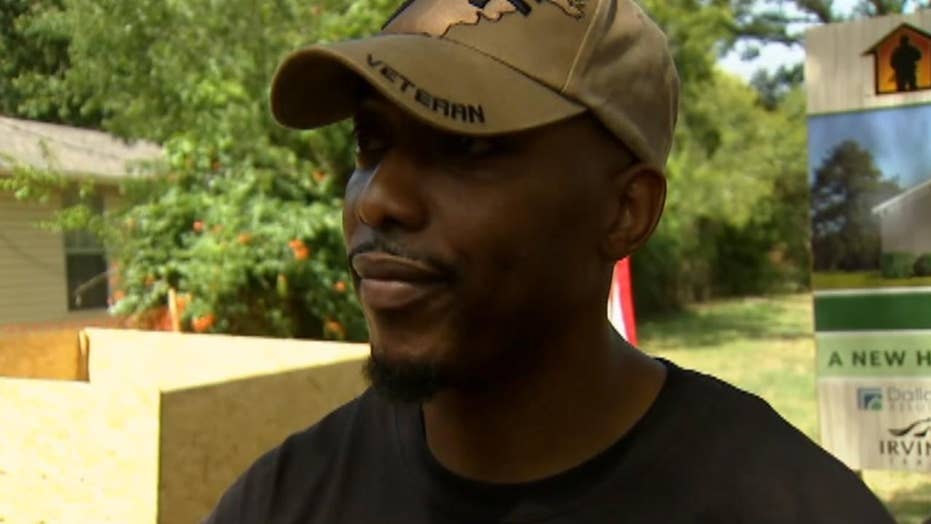 U.S. Army Major Eric King, who served for 13 years and was injured in an IED explosion, surprised with the gift of a custom, mortgage-free home in Irving, Texas.

An Army veteran who served for 13 years and was injured by an improvised explosive device was surprised Monday with the gift of a custom, mortgage-free home.

U.S. Army Major Eric King told FOX4 he was under the impression he was a candidate to be considered for a free home -- but he had no idea the selection process was already complete.

"I wasn't prepared for this. I thought we were going to meet and just have coffee. This is truly surprising,” he said. “I want to thank my Heavenly Father for blessing me for being here on today. He has allowed me to get through the triumph, surviving combat, being able to get back in the right state of mind."

King served 13 years in the army and did two tours in Iraq and one in Afghanistan. During his last deployment, he was wounded in an IED explosion..

U.S. Army Major Eric King, who served for 13 years, was injured in an IED explosion. (FOX4)

King and his family were also treated to a motorcycle escort for the surprise, according to FOX4.

Ronnie Lyles from Operation Finally Home, the group that partnered with the city of Irving and a group of donors to buy the home, told CBS Dallas that surprising King with the house was simply about giving back to someone who had already given so much for his community and country.

“At the end of the day we’re taking the stress of a mortgage off their shoulders, where they can continue to heal their mind, their body and their spirit and get on with their lives," Lyles said.