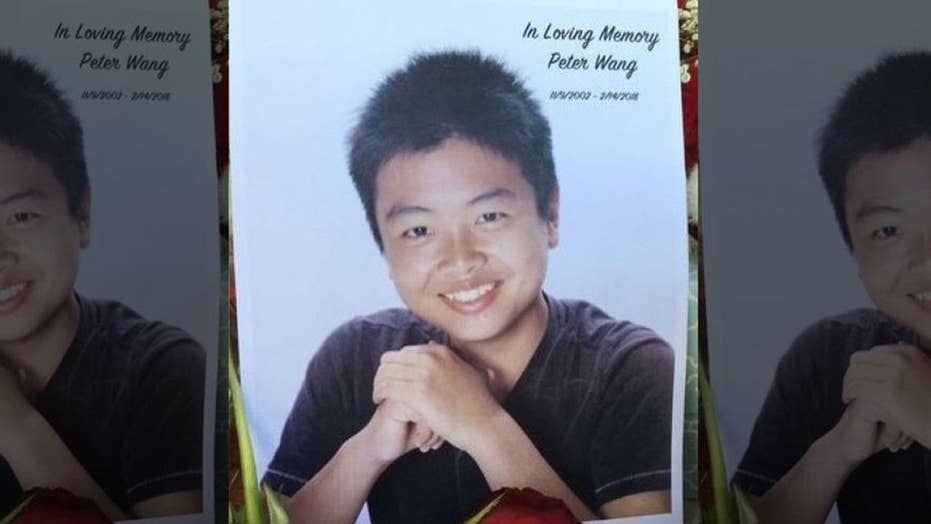 Three junior ROTC cadets who were killed in the Florida high school shooting last week will be honored with heroism medals by the U.S. Army.

The family of Petty, 14, were presented the medal during her funeral service Monday, at which more than 1,500 people attended to pay their respects.

Wang’s family received his medal at his service Tuesday morning.

According to students and teachers, Wang, 15, died in his junior ROTC uniform while helping students, teachers and staff escape from the shooting rampage.

An online petition to the White House sought to give Wang military honors at his funeral. It had more than 43,700 signatures as of Tuesday.

“His selfless and heroic actions have led to the survival of dozens in the area. Wang died a hero, and deserves to be treated as such, and deserves a full honors military burial,” the petition said.

The Army spokesman said the family has requested Wang be buried in his junior ROTC uniform.

“The JROTC Heroism medal will be on his uniform, but a second ‘keepsake’ medal will be given to his family,” Michael Maddox, told Fox News in an email.

"It was an appropriate way for USMA to honor this brave young man," the academy said in a statement. "West Point has given posthumous offers of admissions in very rare instances for those candidates or potential candidate's whose actions exemplified the tenets of Duty, Honor and Country."

The family of 13-year-old Duque will receive the medal on Saturday during his funeral services.

Maddox said awards for other possible cadets are going through a review process.

“However, the immediate focus right now is on supporting the funerals with dignity and honor, so deserved by these cadets and their families,” he added.

All three students were killed by shooter Nikolas Cruz, an ex-JROTC member, when he opened fire at Marjory Stoneman Douglas High School last Wednesday. Cruz killed 17 people during the spree.

On Tuesday, Florida Gov. Rick Scott said he had directed the Florida National Guard to honor the three students.

“@FLGuard members will be attending funeral services and paying respect to these JROTC members, their families and loved ones,” he tweeted.

The JROTC Heroism Medal is a U.S. military decoration awarded by the Department of the Army to JROTC cadets whose performance “involved the acceptance of danger and extraordinary responsibilities, exemplifying praiseworthy fortitude and courage.”