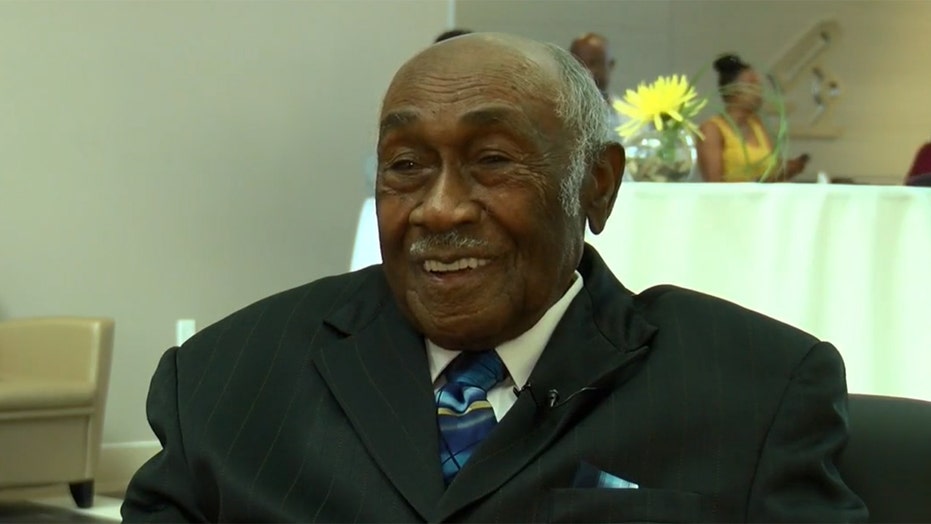 A 99-year-old Arkansas World War II veteran who was presented with a series of medals this week has a bit of advice for the younger generation: “Stay in school,” and “Come out with the idea of serving people.”

Sergeant First Class Thomas Franklin Vaughns – an airplane mechanic with the Tuskegee Airmen who also served in the Korean War – made the comments to Fox 16 on Wednesday following a ceremony in Pine Bluff honoring his military career.

“Stay off drugs that’s number one. When you have an opportunity to go to school, stay in school,” he told the station. “And when you come out, come out with the idea of serving people.”

Thomas Franklin Vaughns -- a Tuskegee Airman mechanic -- was presented with a series of medals this week for his military service, which included involvement in World War II and the Korean War. (KLRT)

Sen. John Boozman, R-Ark., was among the officials in attendance Wednesday to present medals to Vaughns.

He received replacements of four medals he had lost – the Honorable Service Lapel Button, World War II Victory Medal, Good Conduct Army Medal and American Campaign Medal-World War II – and one had not gotten until this week: the National Defense Service Medal, for his involvement in the Korean War, according to the Northwest Arkansas Democrat-Gazette.

"We all know about his great career in the military, going off at a young age to serve his country, willing to do whatever he was asked to do," the newspaper quoted Boozman as saying during the event. "Then he came home and, like the greatest generation, rebuilt the country."

Vaughns told Fox 16 that his secret to living a long life is avoiding smoking and alcohol.