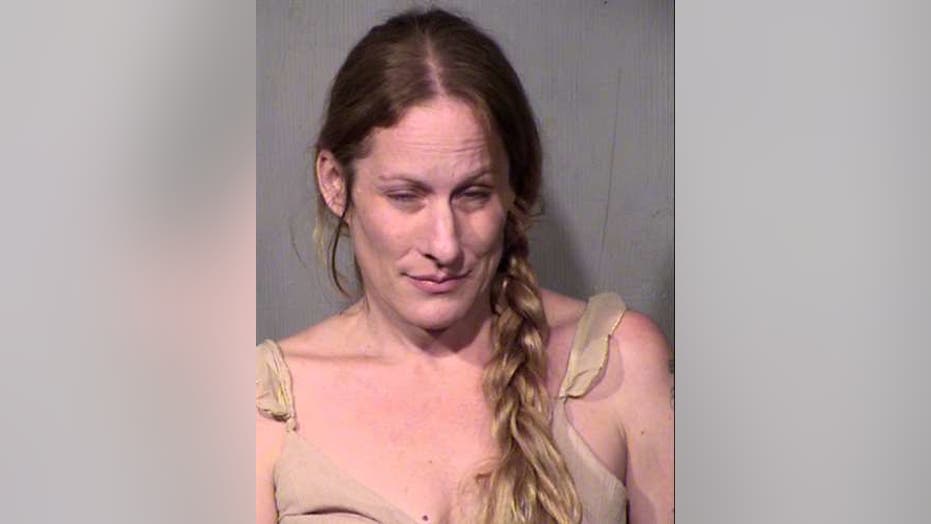 An Arizona woman claimed she “blacked out” the moment she hit the accelerator pedal and ran her boyfriend over and doesn’t remember the ordeal despite having visible damage to her vehicle, police said.

When she honked her car horn, he allegedly flipped her off and continued walking away, appearing to send Santillan into a rage, police said.

Vanessa Santillan, 40, was arrested for allegedly running her boyfriend over with her car. (Maricopa County Sheriff's Office)

The 40-year-old woman then allegedly drove onto the sidewalk and hit her boyfriend with her car before fleeing the scene. Police said the man, who suffered injuries to the right side of his body, was taken to the hospital where he received stitches.

Santillan purportedly told officers in a phone call afterward that she left her boyfriend on the sidewalk because she didn’t think he was injured “that bad,” court documents revealed. She reportedly said she picked up her son and drove him to North Arizona University after the incident.

Santillan was arrested three days after the incident and was charged with aggravated assault and failing to remain at the scene of a collision with injuries.