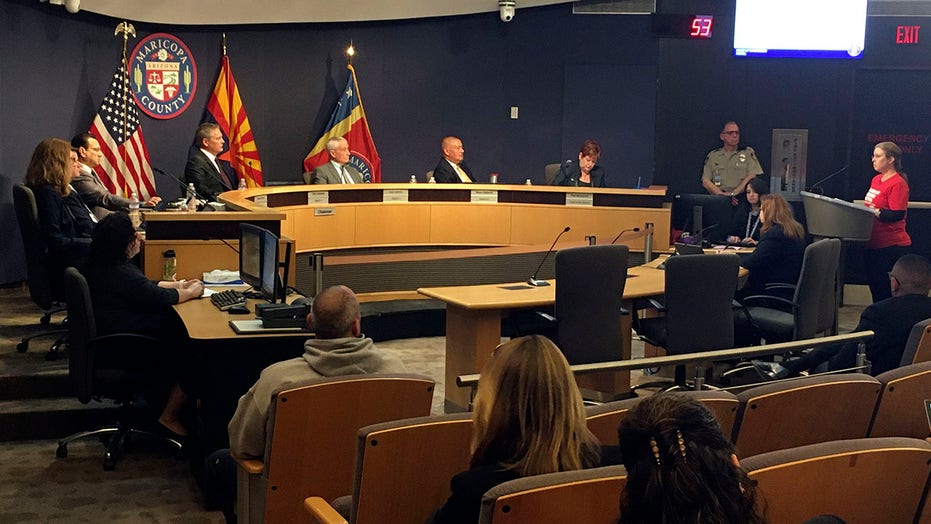 Arizona's most populous county on Wednesday joined a growing national movement in the support of gun ownership rights, declaring itself a “Second Amendment Preservation County.”

The Maricopa County Board of Supervisors in Arizona voted to pass the largely symbolic resolution to protect the right to bear arms against policies perceived as unconstitutional.

However, Maricopa County chose not to use the term “Sanctuary County,” with Chairman Clint Hickman telling the Arizona Republic that “Preservation County” was a “better fit.”

“I didn’t like that term,” he said of the word “sanctuary,” before adding, “Words mean things.”

The Maricopa County Board of Supervisors listens to comments from Marie Thearle, right, a gun control supporter, during a meeting in Phoenix on Wednesday.  (AP)

These resolutions typically include two provisions, one which promises to uphold the Second Amendment and another that pledges not to use government funding for future gun-control laws.

The resolution in Maricopa County passed with just the provision to protect the Second Amendment, choosing to drop the stipulation that government funds would not be used to infringe on gun rights.

Supervisor Steve Gallardo, a Democrat and the sole dissenting vote, argued the resolution was “divisive” and “partisan.”

Gun-control activists were critical of the board for not allowing a public discussion before the resolution was passed.

"I think there should have been public comment before the vote," Laura Hudson, of Moms Against Gun Violence, told FOX10. "This is not the reflection of the majority of Arizonans."

In Arizona, gun owners are already free to carry a concealed firearm without a permit. They can also bypass background checks if they buy their firearms at a gun show. However, federal background checks are required for other purchases.