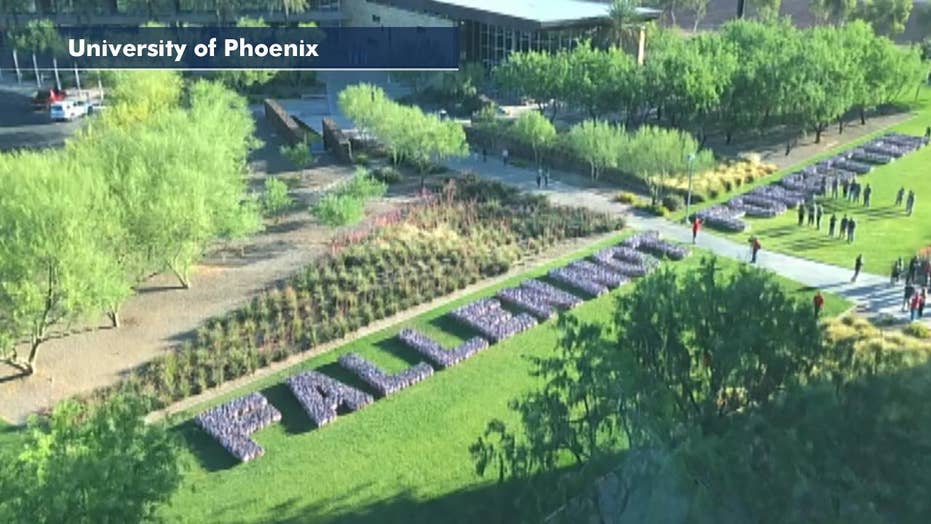 Volunteers have planted 10,000 flags at a University of Phoenix campus in Arizona to honor "those who have made the ultimate sacrifice."

Around 50 people planted the flags on the university's Riverpoint Parkway campus on Tuesday morning ahead of Memorial Day, AZFamily.com reported.

The Memorial Day display is made of ten thousand American flags arranged on the university's campus.

The school said the event is its ninth annual Memorial Day flag tribute in Phoenix.

This year's theme — which is spelled out on the lawn of the school using the thousands of flags — is "fallen not forgotten."

Former U.S. Army Sgt. Brian Ishmael, of the University of Phoenix, told Fox 10 that while many people see Memorial Day as "a great day of fun" and "a day off of work," the fallen soldiers should be remembered for their sacrifice.

"It's important to recognize and take a pause and just remember that there are people that fought for our freedoms and ended up paying the ultimate sacrifice," he told Fox 10.

The flags will reportedly be donated to local veteran cemeteries.