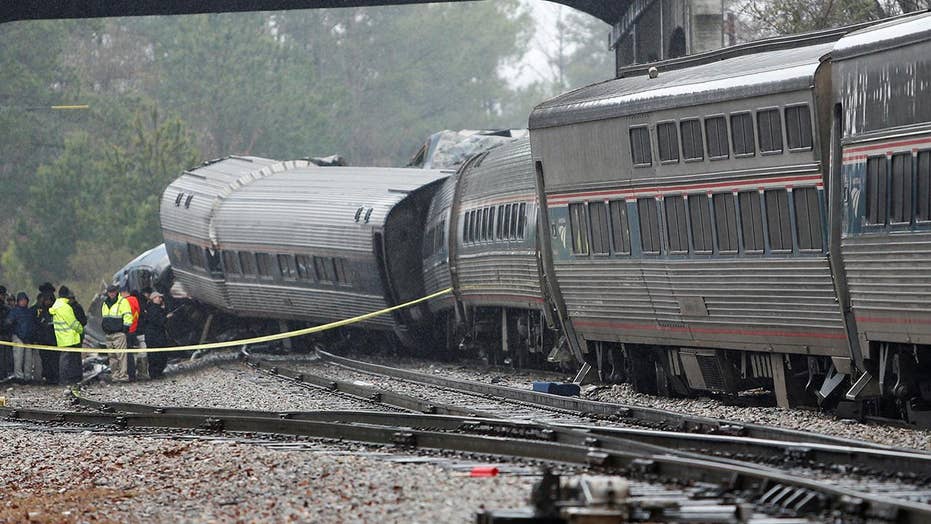 Jonathan Serrie reports on the latest in the investigation in South Carolina.

Two Amtrak personnel were killed and over 100 others were injured when an Amtrak passenger train collided with a parked CSX freight train early Sunday just outside the capital of South Carolina, officials said.

The South Carolina Emergency Management Division said Amtrak 91 was traveling from New York to Miami when it collided with the CSX train in Pine Ridge around 2:35 a.m.

Amtrak said in a statement the train's lead engine derailed, as did some passenger cars that was carrying eight crew members and approximately 139 passengers on board. TV footage from the crash scene showed the aftermath of the collision, with the Amtrak engine on its side and its front crumpled.

Derailed Amtrak cars after a train traveling from New York to Miami collided with a CSX freight train in South Carolina. (FOX News)

McMaster said the first engine of the freight train was "torn up," while the engine on the Amtrak train is "barely recognizable." The governor added that no one was on the CSX train at the time of the crash, and the Amtrak train was estimated to be going 59 mph.

"Two trains, that's as forceful as can get," he said, adding that "I would ask this is a Sunday, everyone go to church and say a prayer for these people involved."

In its statement, Amtrak it is cooperating fully with the National Transportation Safety Board, which is leading the investigation.

"CSX owns and controls the Columbia Subdivision where the accident occurred," Amtrak said. "CSX maintains all of the tracks and signal systems. CSX controls the dispatching of all trains, including directing the signal systems which control the access to sidings and yards."

Derailed Amtrak cars after a train traveling from New York to Miami collided with a CSX freight train in South Carolina. (FOX News)

A spokesperson from Palmetto Health said they received 62 patients as a result of the crash at three of their facilities. The health care network said there are two patients that are expected to be admitted, but most are expected to be released after they are evaluated and treated. 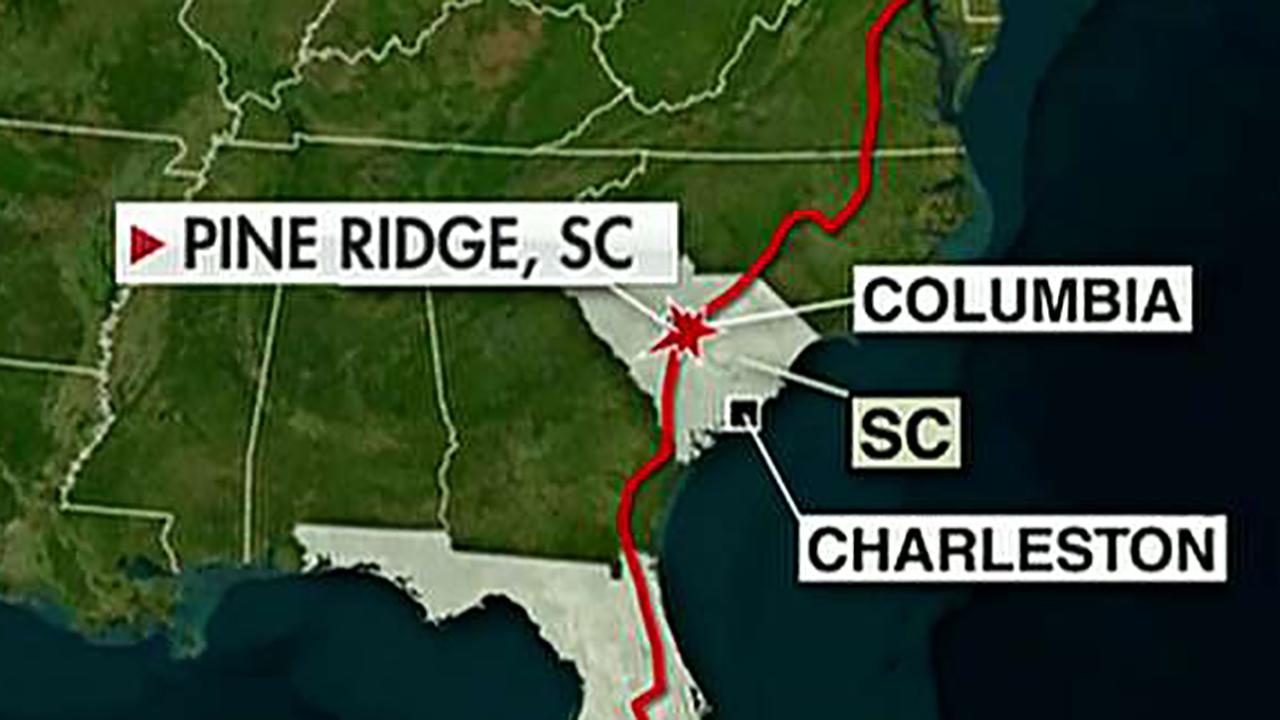 Bryan reports on the South Carolina crash after governor shared update with the public.

"The thoughts of all our team members are with the family and friends of those injured in this accident," Palmetto Health spokesperson Tammie Epps said. "Palmetto Health is coordinating with local authorities, Amtrak and the American Red Cross to assist these families in any way possible."

No immediate information was available about the CSX train, but SCMED Public Information Officer Derrec Becker told reporters that officials are working to secure a fuel leak that resulted from the spill.

As of now, 5,000 gallons of diesel fuel has spilled and crews are trying to secure the leak, according to Becker.

"There is no danger to anyone in the nearby area of Lexington County," Becker told "FOX & friends Weekend."

Amtrak officials gathered up luggage and other belongings and within hours put passengers aboard buses to their destinations. Before being sent on their way, those who were not hurt were taken to a shelter, and local businesses provided coffee and breakfast.

Amtrak said that anyone with questions regarding passengers on the train can contact them at 1-800-523-9101.

South Carolina's Red Cross chapter tweeted that emergency responders were at the scene. The people who weren't hurt were taken in patrol cars to a shelter, Lexington County Sheriff's spokesman Adam Myrick said.

The National Transportation Safety Board said it was launching a "Go Team" to investigate the deadly crash and plans a press conference for later in the day.

President Trump tweeted about the crash on Sunday, saying "my thoughts and prayers are with all of the victims involved in this mornings train collision in South Carolina. Thank you to our incredible First Responders for the work they’ve done!"

Trump was briefed on the train accident and is receiving regular updates, according to Deputy White House Press Secretary Lindsay Walters.

This is the third Amtrak crash since December. On Dec. 18, an Amtrak train derailed in Washington state, killing three people and injuring dozens more. Just last week, one person in a truck died when an Amtrak crash carrying Republican members of Congress struck the vehicle at a crossing. Two other people in the vehicle were severely injured.