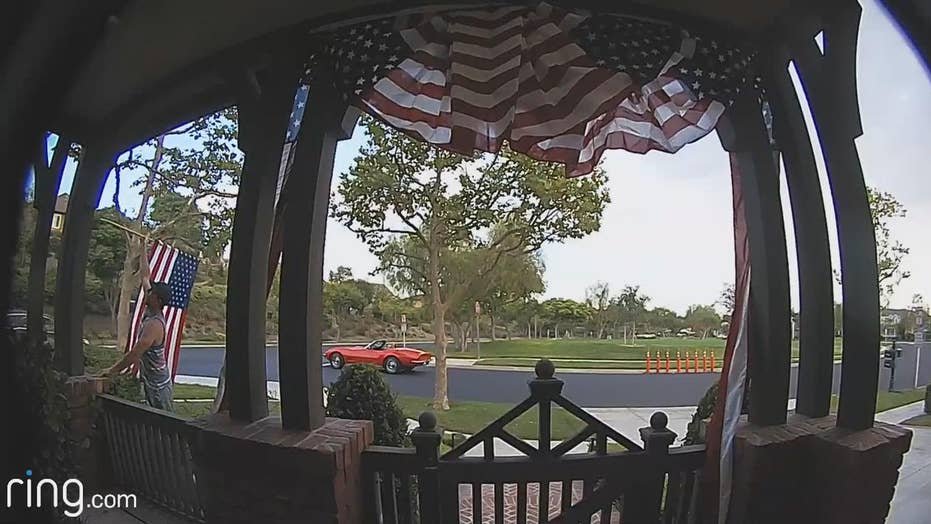 What happens if an American flag falls when no one is around?

According to one man in California, you pick it back up and hang it proudly.

That’s what a good Samaritan recently did after spotting the "Stars and Stripes" laid out on the lawn of a home he was driving past in Mission Viejo. The flag had been displaced from its normal location following high winds in the area.

But that didn’t stop the stranger from helping out. After noticing the flag while waiting at a stop sign, he parked his car and approached the home to help hang the flag.

UTAH BOY PLEDGES ALLEGIANCE TO FLAG WHEN NO ONE'S LOOKING

The full scene was captured on the homeowner’s video doorbell.

After a brief struggle to re-hang the flag on his own, the man could be seen placing the flag into the ground to ensure that it would fly swiftly until the homeowners were able to return to their house and hang it in its proper place.

The residents of the home didn’t know the man but said they appreciated the patriotic effort, anyway.

Watch the full video above.