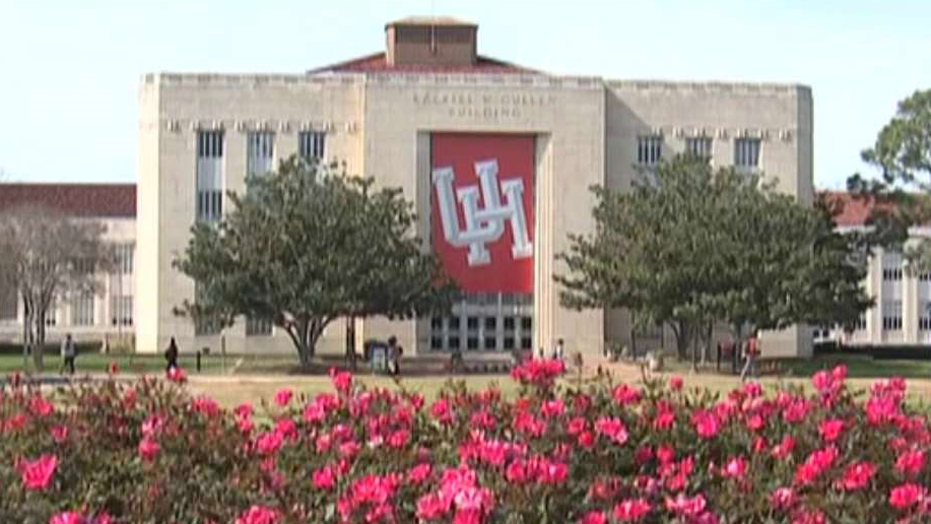 The Dispatch: Todd Starnes reacts to actions taken against a University of Houston student for posting 'All Lives Matter' on Facebook

A University of Houston student who faced a 50-day suspension from her student government post for saying “all lives matter” on social media will be back at the gig when classes resume.

“#ForgetBlackLivesMatter; more like AllLivesMatter,” Rohini Sethi, vice president of the university’s student government association, wrote in the wake of the deadly Dallas shooting in which five police officers were killed. The statement set off a firestorm that student government President Shane Smith to hand down the penalty.

Saying 'all lives matter' is deemed offensive to some African-American groups who have adopted the catch phrase 'black lives matter.' The standard has flummoxed many in the national debate, who believe saying that all lives matter is as innocuous as it is true.

Sethi's suspension was lifted after she showed contrition and agreed to take a "leave of absence" from her post until fall classes begin.

“I have chosen to take these steps on my own because of the division I’ve created among our student body,” Sethi said in a joint statement with Smith last week. “I may have the right to post what I did, but I still should not have. My words at the time didn’t accurately convey my feeling and cause many students to lose their faith in me to advocate for them. I will always continue to learn and be ready to discuss these issues.”

Smith said it was never his intention to trample on free speech.

“For those who were upset due to what they considered a violation of the first amendment, that was never my intention and I apologize for that impression,” Smith said in the statement. “For those that are disappointed by the change, this is a compromise based in the reality of the situation. My stance on racial injustice has always been clear. For all involved, this is truly the best outcome.”

Sethi’s comment, and the SGA’s decision to issue the suspension, ignited a debate on free speech and controversy among the student body including the Black Student Union, which demanded that she be punished.

“For her to say on her social media ‘forget black lives matter,’ it’s almost as if to say if all of us were to die tomorrow, she wouldn’t care,” BSU president Kadidja Kone told the Washington Post at the time.

In addition to the suspension, Sethi was also ordered to attend no fewer than three cultural events each month and write a letter of reflection on her original statement and attend mandatory diversity training.

Sethi originally stood her ground at the time of the controversy.

“I disagree with the sanctions taken against me by my SGA because I believe I have done a great deal to better understand the controversy I caused,” she wrote on her Facebook page earlier this month.