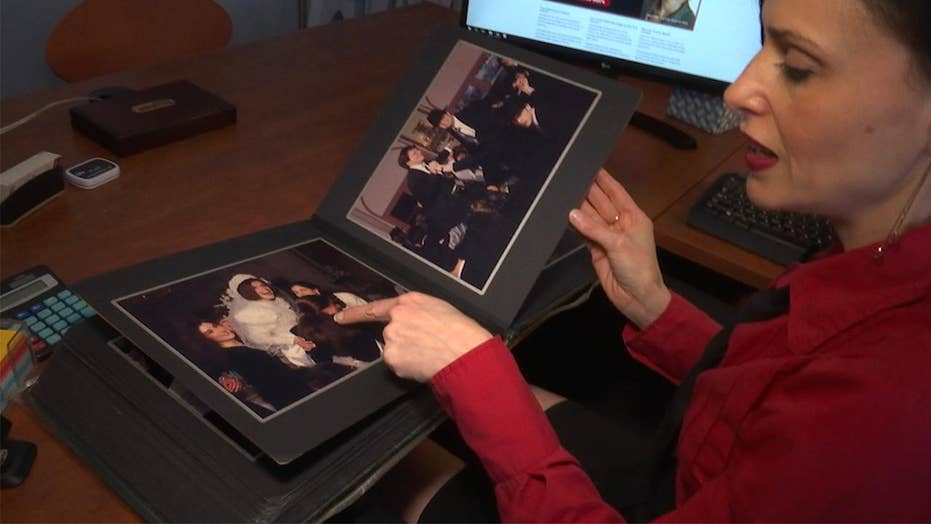 Delaware signs bill to end child marriage, who's next?

WILMINGTON, DEL. – For 10 years Donna Pollard was silent. She didn’t speak out about the physical and mental abuse she says she endured during her three-year marriage to a man 15 years her senior.

“I didn’t have an opportunity to be a child, he took that,” said Pollard. “He began grooming me when I was only 14 years old.” A Kentucky native, Pollard, now 34, was wed at 16 to someone she now calls her predator.

To many, child marriage sounds like a very distant problem. But across the U.S., about 248,000 children as young as 12 were forced to marry between the years 2000 and 2010, according to marriage-license data compiled and analyzed by Unchained At Last, a nonprofit that helps girls escape child marriages.

But states are now toughening laws that would ban these type of marriages. This month, Delaware became the first state to impose a minimum marriage age of 18. Gov. John Carney, a Democrat, signed the bill into law May 9.

Those fighting to end child marriages say states are finally recognizing a problem that has long hurt mostly young girls. Forty nine states allow children 17 and under to marry under certain circumstances, many times if a parent or judge approves of it.

Advocates of child marriage bans claim it strips kids of their youth – and states should be doing more to fight against those types of nuptials.

Reiss married at 19, now, 37, went on to found Unchained at Last, a nonprofit organization dedicated to helping women leave forced and child marriages. (Unchained at Last)

“If you're trying to end a human rights abuse why would you carve out an exception for the people most affected?” said Fraidy Reiss, executive director of Unchained at Last.

As a survivor of what she calls a 12-year forced marriage, and the founder of Unchained At Last, Reiss said laws need to toughen up to protect the most vulnerable.

Kentucky recently passed a bill setting the marriage age limit at 17. The law requires that minors must have a GED or diploma in order to marry.

But Reiss said those types of laws are not tough enough.

“I’m going to say no thank you to those states,” said Reiss, “Go back and try again.”

New Jersey was also trying to raise the marriage age limit to 18. But the measure stalled this week following a backlash by the orthodox Jewish community.

Those who criticize raising the age limit call the efforts draconian and a violation of some cultural and religious customs. They also say the government should not meddle with the sacrament of marriage.

Former New Jersey Gov. Chris Christie, who vetoed a measure last year to raise the age limit to 18, said the proposal is hypocritical.

“It is disingenuous to hold that a 16-year-old may never consent to marriage, although New Jersey law permits the very same 16-year-old to consent to sex or obtain an abortion without so much as parental knowledge, let alone consent,” Christie said last year. “That inconsistency in logic undercuts the alleged logic of an outright ban.”

"There are no special exceptions, no court involvement, no recognition of religious or ethnic tradition. It seems to me the bill could be made better and more representative of the communities throughout the state," Schaer told the website. "I think the bill will almost certainly face lawsuits, and the bill can easily be improved without losing the importance of its message."

At least 20 states have no minimum age set by statute. During the last two years, New York, Florida, Kentucky, Texas, Virginia, Connecticut and New Hampshire have raised their minimum marriage age to 16 or 17, with at least seven more states considering legislation to tighten their rules.

Those who favor raising the age argue that underage minors do not have the same legal rights as their older partner. Minors are unable to sign binding contracts such as housing agreements, secure schooling, file for divorce, and in some cases are not yet old enough to drive.

“I was trapped,” said Pollard, who said she was rejected from housing shelters because of her age.

Experts and advocates say those who marry young are less likely to finish school and are vulnerable to abuse. They also say early marriage imposes social, educational and financial burdens on teenage girls.

“We have a situation wherein most U.S. states, a girl can marry but can't even file for divorce,” said Reiss. “What a way to put the ‘lock’ in wedlock, this is a real problem.”

“The only thing I would caution is we do tend to see unintentional harm, especially with symbolic laws [like H.B. 337],” said Leon, “We often see the vulnerable made more vulnerable depending on how these laws are enforced.”

According to Leon, efforts to protect young brides or grooms can have an adverse effect, placing additional blame on the victim or making them more vulnerable to prosecution.

But for people like Pollard, the passing of the Delaware law is just the beginning.