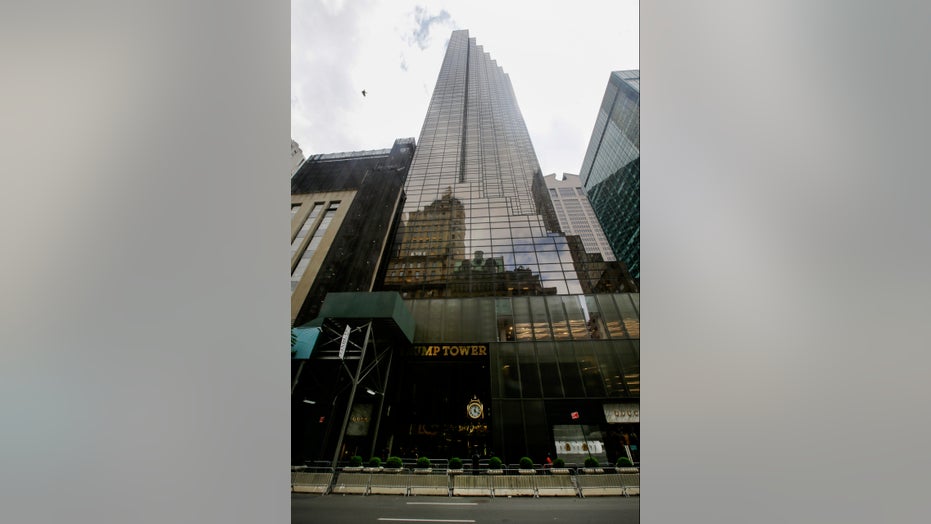 The incident happened around 4:15 p.m. near Trump Tower, and the four were taken into custody, according to police.

The mural in Manhattan, commissioned by Mayor Bill de Blasio, has led to a number of contentious encounters, including a face-off between pro- and anti-Trump forces.

This is the second time this week the mural was defaced. Earlier this week, an unknown man dumped red paint on the yellow letters painted on the avenue.