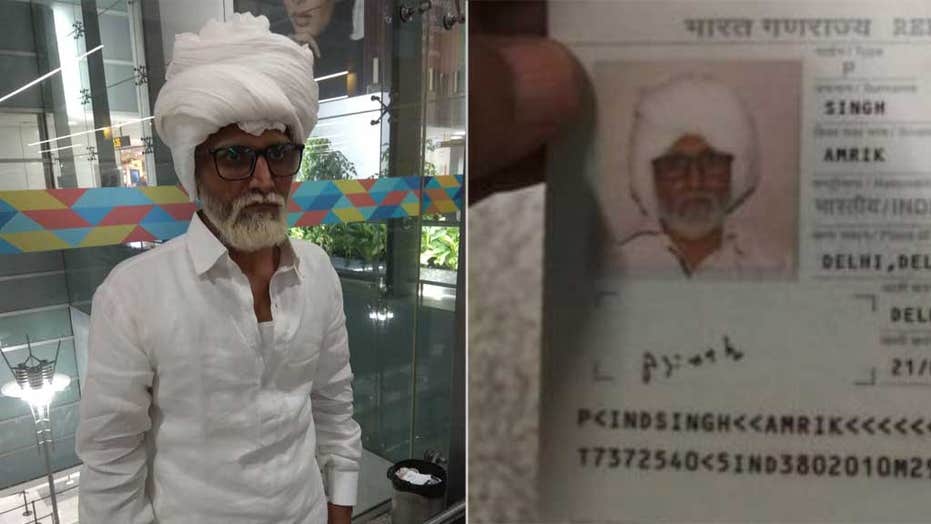 Nice try, but you’re about 50 years too young.

Airport security officials in India recently spotted a 32-year-old man attempting to disguise himself as an 81-year-old passenger in order to gain entry to an Air India flight to New York.

The disguised man, who was eventually identified by India’s Central Industrial Security Force (CISF) as Jayesh Patel, was stopped by officials at the Indira Gandhi International Airport in New Delhi on Sunday night.

Patel reportedly arrived at the airport in a wheelchair and wearing a turban, in order to match the face on a stolen passport he was carrying, according to the Times of India. He had also dyed his hair and beard gray in order to more closely resemble the passenger seen in the photo, offering his name as “Amrik Singh.”

Officials weren’t buying the disguise, and asked “Singh” to stand for a security check. Security then checked his passport and noticed a discrepancy between his birthdate — listed as 1938 — and his appearance.

The fraudulent passport listed the man's name as Amrik Singh, born in 1938. (CISF)

“It mentioned the passenger’s age as 81 years but his appearance, skin texture and voice seemed to be of a much younger person,” stated an official, who also noted that Patel was wearing non-prescription glasses, according to the Times of India.

Patel was later transferred to immigration, and now faces charges of impersonation. The CISF was not immediately available to comment further.

CISF officials said on Monday night that Patel’s intentions were not immediately clear, though the Times of India has since learned that Patel, an electrician from Ahmedabad, was seeking a higher-paying electrician job in the United States.

Police are reportedly also seeking the people who aided Patel in getting his fake passport, and applying his makeup and disguise.