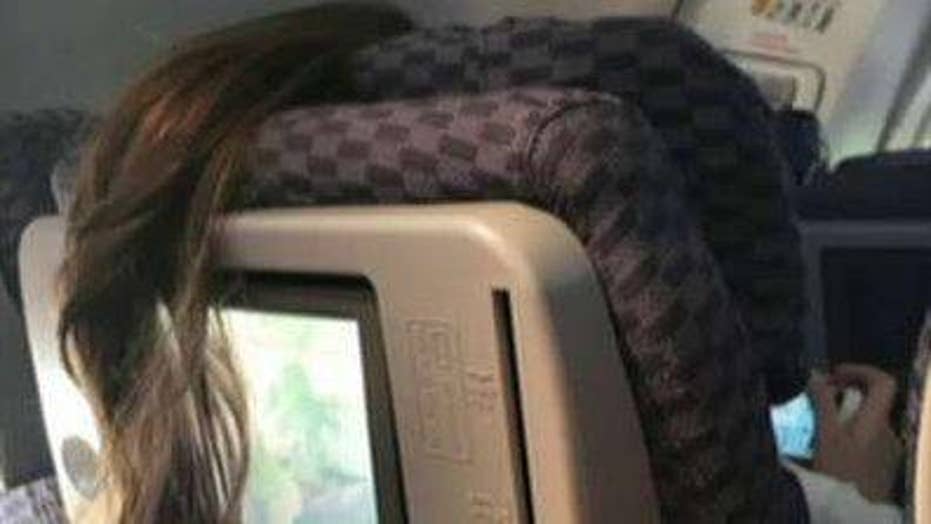 Dealing with unruly airplane passengers isn’t just annoying, it can be downright dangerous.

“A guy got on the plane [and he was] really drunk. He told me that he knows where I lived, and he actually did,” says a 21-year-old flight attendant for a major airline who asked that his name not be used for professional reasons.

“He knew the train stop that I get off at, and he knew everything about me. Then he said, ‘I protect you every day. You need to protect me.’ I asked what he meant. He said he makes sure I get to my home in Queens safely every day. He told me that I need to make sure he gets to LA safely.”

BAD BEHAVIOR ON PLANES IS GETTING WORSE, SAYS IATA

Freaked out by the encounter, the flight attendant called the police and had the man removed from the plane before takeoff. On the way out, the man started screaming profanities at the steward, who to this day still has no idea how the stranger knew so much information about him.

With 25 million or so people flying this holiday season — which promises to be the busiest year yet for travel — crowded flights will bring out the worst in passengers. While outrageous behaviors will ultimately get you kicked off the plane — and possibly banned from the airline for life — those on the front lines reveal that small annoyances can also have consequences.

“When we had problems with a really bad passenger, we would tell the captain and he could have them arrested upon landing,” says Bobbi Noro, a 39-year-old former flight attendant for Delta who now works at a spa. “If you say the word ‘bomb’ on a plane, you are pretty much banned from flying.”

The 21-year-old steward heard of a guy who decided to light up a joint in the lavatory, which set off the smoke detector.

“They used a special key to unlock the [bathroom] door and a bunch of pot smoke billowed out. He was on his hands and knees, trying to flush it down the toilet and succeeded — a lot of people don’t. He spent the rest of the flight presumably super stoned, flying and waiting for the police to arrest him upon landing. Which they did.”

Even lesser incidents, such as drinking to the point of becoming belligerent or arguing with a flight attendant, could land you on the airline’s no-fly list.

This article originally appeared on NYPost.com.