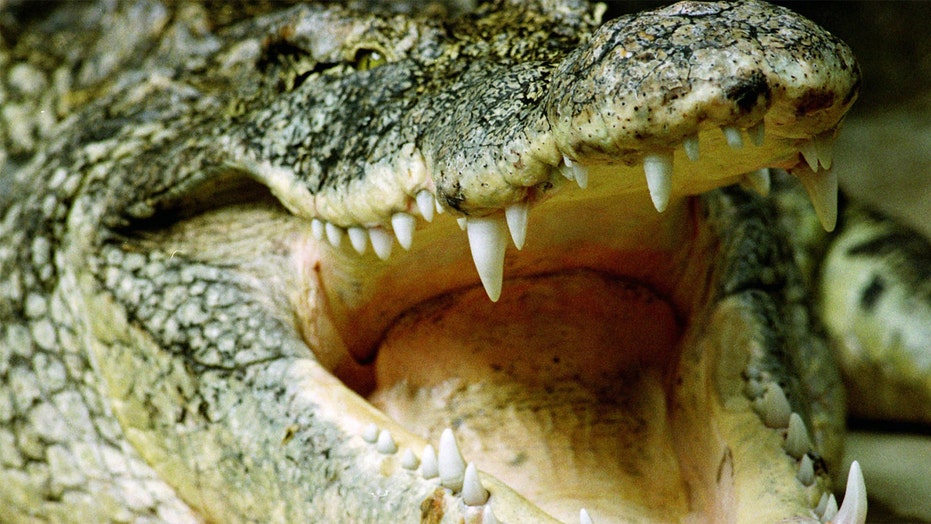 A tourist who tried to have her picture taken with a crocodile in Thailand was injured when the reptile snapped at her when she got too close.

MOST DANGEROUS PLACES TO TAKE SELFIES

According to Thanya Netithammakul, head of the National Park, Wildlife and Plant Conservation Department, Lesuffleur approached the pond where the crocodile was located and attempted to take the photo but she tripped. The large reptile then snapped at her when she got too close and bit her leg.

Photos of the scene showed camouflaged park rangers carrying the victim on a stretcher with her knee bandaged. Another photo showed a ranger pointing to a pool of blood while standing next to a sign warning visitors in both Thai and English of a “Danger Crocodile No Swimming.”

Woman rushed to hospital after trying to take a selfie with a crocodile https://t.co/2PSEMqu0c5

“She wanted to take selfie with the crocodile who was lying down near a stream,” park official Kanchit Srinoppawan told Thai newspaper Matichon, according to The Independent. “I guess that she wanted to see it for real.”

Lesuffleur was bitten by a Siamese crocodile, according to Conde Nast Traveler. The animal lives in Southeast Asia and usually resides in fresh water. Despite being an endangered species, they’re not known for being dangerous toward humans although there’s no documentation of their interactions with humans seeking selfies.

According to the Bangkok Post, multiple signs warned visitors about the crocodiles and tourists were told to keep to the nature trail.