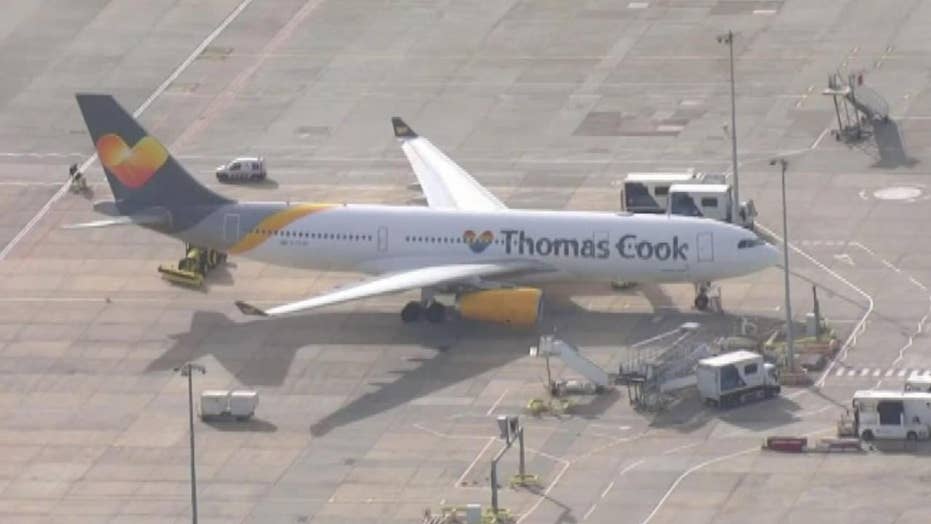 In the wake of Thomas Cook’s bankruptcy and massive layoffs, the pilot on a Manchester bound flight thanked his crew for their professionalism despite the chaos brought on by their company’s collapse.

Following the collapse of British tour company Thomas Cook on Monday, several employees of the travel firm’s airline have made emotional speeches about the big news to plane passengers in videos that have since gone viral with hundreds of thousands of views online.

On Sept. 22, a pilot only identified as Andy apologized to customers traveling from Cancun, Mexico, to Manchester, England, for the delay in deplaning in a speech that quickly turned sentimental, Devon Live reports.

The aviator became choked up as he gave instructions for exiting the aircraft over the intercom, and told passengers that they were the last people to ever fly on the plane, operated as a Thomas Cook flight.

The aviator became choked up as he gave instructions for exiting the aircraft over the intercom, and told passengers that they were the last people to ever fly on the plane, operated as a Thomas Cook flight. (iStock)

“As some of you may be aware, you may have switched your phones on this morning,” the pilot began, before going quiet, reportedly overcome with emotion.

“Come on,” passengers cheered and clapped, encouraging him.

“We do hope you enjoyed your flight with Thomas Cook, and you will be the last people to be on this aircraft, so, please have a safe journey onwards, thanks,” he added.

As passengers applauded the touching address, another employee hopped on the loudspeaker to echo similar sentiments and share their own take on the big news.

“Can I just reiterate what Andy just said, fantastic people to work with this company,” the longtime Thomas Cook staffer said. "It's been a pleasure for 25 and a half years for me. Thanks very much crew, thanks very much indeed."

Video footage of the fraught scene has since gone viral on YouTube, where footage shared by user Andrew Whitmore has collected over 274,000 views to date.

In another highly-clicked clip, Thomas Cook cabin manager Tina Scoffham thanked vacationers traveling from Mallorca, Spain, to Birmingham, England, for being so kind to the airline employees during what she described as "the most wonderful and positive flight I have ever done."

“Good luck, Thomas Cook!” the passengers shouted in unison, in video footage that Scoffham shared to Facebook and has since been viewed over 340,000 times.

During another recent flight with the company from Cyprus, Greece, to Manchester, Thomas Cook customer Laura Newsome told the Daily Mirror that cabin crew employees were "holding each other" as the pilot got choked up while talking over the intercom.

"As we started to drop down for landing he came over [the speaker] and started telling us the local time and air temperature like they usually do, but this time rather than saying 'thanks for flying with Thomas Cook we hope to see you again', he said 'thank you for choosing to fly Thomas Cook for the last time -- it's been a pleasure to fly you around the world,” Newsome said. “I just can't believe this is how it ends.”

It remains unclear how many travelers will be affected by the company’s collapse, but the British government is working to repatriate thousands of customers back to the U.K.

Thousands of customers apparently found themselves stranded across multiple nations following the announcement.