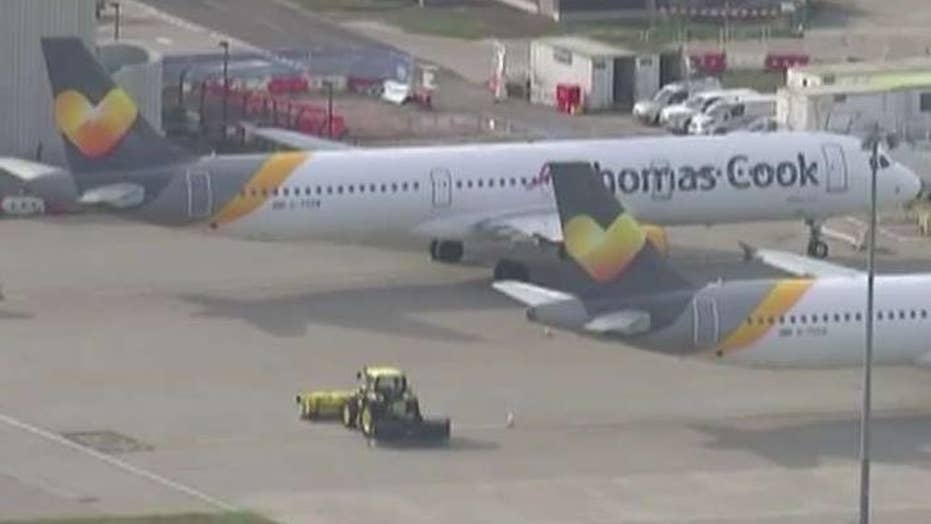 It's estimated as many as 600,000 vacationers could be affected by the collapse over the weekend of U.K.-based Thomas Cook, one of the oldest travel companies in the world; Greg Palkot reports from London.

The world’s oldest travel agency is making a comeback.

The Thomas Cook company will return to business later this month after its brand name was purchased by another agency, Chinese-based Fosun Tourism, also the owner of Club Med.

The British agency collapsed in September leaving 2,500 jobs lost and triggering the rescue of 150,000 travelers from the United Kingdom – the largest repatriation of British citizens since World War II.

Fosun, which holds a major stake in Thomas Cook and had previously failed to negotiate a refinancing deal with creditors, had its bid approved this time when it guaranteed to buy the agency for £11million or roughly $14.2 million in US dollars.

"The acquisition of the Thomas Cook brand will enable the group to expand its tourism business building on the extensive brand awareness of Thomas Cook and the robust growth momentum of Chinese outbound tourism,” according to a statement from Fosun's chairman, Qian Jiannong, who added that he "always believed in the brand value of Thomas Cook.”

Thomas Cook collapsed after an ambitious expansion plan to compete with online travel agencies. The company had 555 brick-and-mortar stores in the U.K.

An image of a Thomas Cook Travel Agent shop in Brussels, Belgium taken in September 2019. (iStock)

Another large British agency, Hays Travel, swooped in and bought the stores, hiring more than 400 ex-Thomas Cook employees, to take advantage of the situation to expand itself.

Ironically, it is being reported that the relaunched Thomas Cook will be an online-only agency.

Fosun's buyout includes the takeover of the brand name, along with hotel brands Casa Cook and Cook's Club.