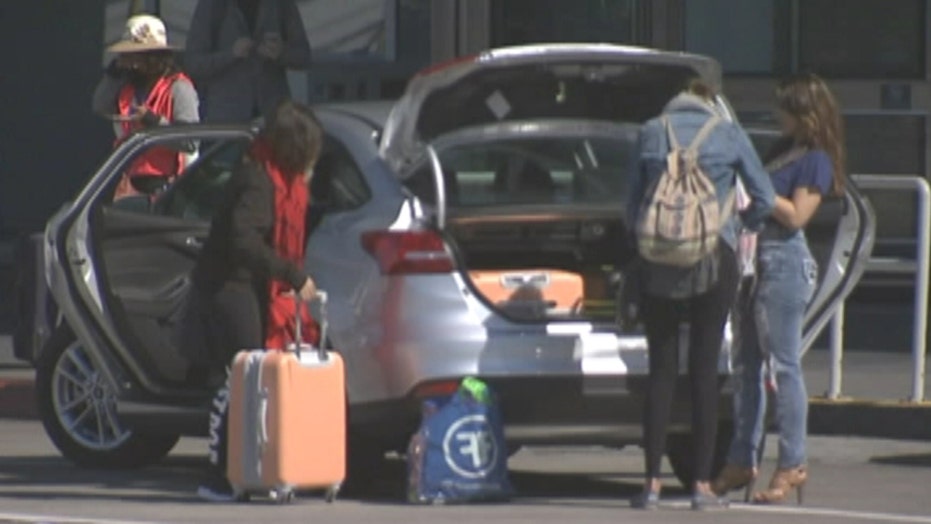 Tips to save on holiday travel

Thanksgiving and Christmas are two of the nation's busiest travel weeks

Cruise lines say safety is their top priority, and their staffs and crew do everything they can to ensure guests are healthy and secure at all times. But how do travelers know they’re really protected at sea?

Medical experts say guests, to some degree, need to protect themselves, and they should be mindful that there are some medical limitations when they’re onboard a ship.

Medical insurance: A must

The first thing to consider before taking a cruise is your health insurance, says Dr. John Bradberry, former cruise ship physician and medical director for Carnival Cruise Line. If your policy doesn’t cover travel outside the U.S., then it’s crucial to purchase travel insurance specific to your trip.

Kathy Lunceford, a Cruise Planners franchise owner, couldn’t agree more. “I had a client who fell on the ship, while in Panama, and literally poked a hole in his forehead,” she said. “They took him off the ship and he was hospitalized for about a week in Panama, and then he and his wife flew home. They called me and said, ‘Thank you so much for making us buy travel insurance! If you ever need a referral, don't hesitate to call us.’ The insurance company handled everything for them.”

Insurances have cost caps, however, and it’s important to have enough coverage that applies to both preexisting conditions as well as anything new that might come up like a heart attack onboard or even a motor vehicle accident injury ashore, which may prompt a pricey medical air evacuation. From the Caribbean to the U.S., such services can run upwards of $20,000 to $30,000 in addition to, say, $40,000 to $60,000 in hospital charges.

But being insured can’t stop you from getting sick, so cruise lines try to do everything they can to keep passengers healthy. Cruise Lines International Association (CLIA) member companies, including most mainstream brands from Royal Caribbean International to Silversea Cruises, have passengers fill out a health questionnaire before they board to prevent the spread of communicable diseases like norovirus, which is now declining at sea.

Is Norovirus still a big issue?

“Perceptions that cruise ships can be luxury breeding grounds for acute gastroenteritis outbreaks don’t hold water,” the Journal of the American Medical Association reported this year. A recent Centers for Disease Control and Prevention report showed that from 2008 to 2014, only 0.18 percent of more than 73 million cruise passengers and 0.15 percent of some 28 million crew members reported symptoms of the illness.

As to the exaggeration of norovirus aboard cruises, another CDC release said, “Norovirus often gets a lot of attention for outbreaks on cruise ships, but those account for only about 1 percent of all reported norovirus outbreaks.” Truth is the virus is more likely to be contracted at a restaurant than onboard a cruise ship, and even the frequency there is on the decline, acute gastroenteritis dropping from 27.2 cases per 100,000 travel days in 2008 to 22.3 in 2014, according to the latest CDC study.

That’s not to say that outbreaks never occur, but cruise ships are highly scrutinized and present more tools for passengers to avoid them these days. Each ship that enters the U.S. is subject to unannounced United States Public Health inspections twice annually as part of the Vessel Sanitation Program, and scores are publicly made available by the CDC.

What’s more, even though Dr. Bradberry admits norovirus outbreaks are “Seldom the fault of cruise line,” ships, which have improved their equipment over the years, encourage frequent hand washing, which the doctor says is the best form of prevention, by presenting plenty of sanitation stations and sink basins.

If you do get sick…

For more serious medical incidents, CLIA companies have agreed to meet or exceed the requirements of the American College of Emergency Physicians’ Health Care Guidelines for Cruise Ships, which were last revised in 2014. According to the guidelines, onboard medical facilities should have at least one examination room and one intensive care unit, and staffers must be licensed and certified in advanced life support.

“Onboard medical centers are not intended to be full service hospitals, nor is it reasonable to expect them to be,” Bradberry said. “But the medical facilities are equipped and the medical staff qualified to provide initial stabilizing care for medical emergencies.”

In the meantime, pharmacies are available on cruise ships, and in most cases, patients are actually treated onboard faster than they would be on land thanks to much closer and timelier proximity to medical staff and facilities without the need for an ambulance to reach them, for instance.

Emergencies can even include births, though they’re very rare because women who have reached their 24th week of pregnancy are generally not allowed to sail. But that doesn’t always stop them. “In one case,” Bradberry recalled, “the mother-to-be successfully concealed her late-stage pregnancy and falsified a questionnaire asking if she was pregnant. She gave birth on board at sea in the ship’s medical center.

“Mother and baby did well. She named the baby after the Carnival ship she was sailing on.”

In extreme cases, some emergencies require aforementioned medical evacuations. If a ship can’t immediately dock and a U.S. Coast Guard helicopter is within range, they will “do what is in the best interest of the patient,” Bradberry said. But if the Coast Guard is out of range, “the onboard medical team must provide the comprehensive and definitive medical care for patients.”

“Overall, cruise ships offer an extremely safe and enjoyable environment,” Bradberry said. “As always, use common sense. In the unlikely event you or a loved one experience a medical emergency, have the peace of mind of knowing that cruise ship medicine has come a long way, and that excellent medical care is typically available today on cruise ships.”

Jason Leppert is an international cruising expert and Senior Writer, Cruises and Cruise Travel for TravelPulse.com. He is also the founder of Popular Cruising and a frequent contributor to the Travel Channel, Lonely Planet, Cruise Travel, ShermansCruise and Cruise Radio.